What Does The President Think? 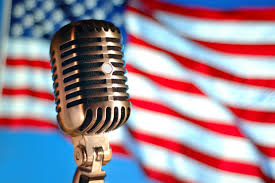 This morning I listened to the interview with President Barack Obama on Marc Maron’s WTF Podcast. I enjoyed it. I didn’t hear any potential headlines, (Ooops, forgot about this), but it was interesting to hear President Obama discuss how he manages to remain calm in the face of constant annoyances and disappointments. He certainly convinced me that his supposed “aloofness” isn't because he’s never annoyed and disappointed.

The most interesting moment was probably unplanned. Marc asked the President what about him irritates the  First Lady, Michelle. He cited the habit of being late. And then he explained that Michelle is a stickler for being on time or early for things because her father had Multiple Sclerosis, and always had to get ready for things well in advance. He had to get up hours before most people, just to get dressed on time, and he always arrived at big events, like a basketball game, long before start time because of how long it would take him to get to his seat. President Obama name checked the Americans with Disabilities Act, too, suggesting that this kind of advanced prep was even more necessary before the ADA improved accessibility.

It was a nice moment, where disability was mentioned as both a personal and a systemic issue, but casually, without making a big deal out of it, and seemingly off the cuff.

I would still love to hear President Obama talk at length and in detail about how he views the broad scope and direction of disability issues. I don’t even know if he has personal views on disability policy, beyond the  positions and endorsements we expect from a moderate Democrat in high public office. Maybe it should be a goal for our community … for President Obama to make a major disability policy and vision address before he leaves office.