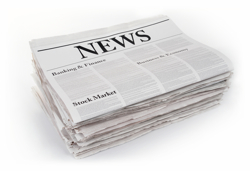 Note: This weekly feature isn't anything like a "complete" listing or even a summary of all disability-related news. It's just articles I choose for whatever reason. My comments on each article are my own opinion, but I will try to ask as many questions as I claim to answer.

It sounds scary, and PolitiFact says it's "True", but there's more than one way to fund benefits if people decide they are essential. How about this … if an aging population means more people will be needing disability benefits in the future, maybe we can all pay a bit more to fund them?

Disabled in CNY worry about how cuts in New York budget will affect their lives
Teri Weaver, Syracuse Post-Standard - April 15, 2013

These specific cuts are unusual in that they are related to specific cases of corruption and mismanagement in New York State. While there are signs that the cuts may actually lead to improvements in service, greed and fear are powerful forces, and often get their way.

Sheltered Workshops vs. Supported Employment, like Nursing Homes vs. Home Care, is a contest between two distinctly different ways and philosophies of providing essentially the same service to people with disabilities. It is also, in a sense, a conflict between the old and the new, between something that used to be modern and progressive and something new that has moved the field the next few steps forward. But it's not just a change in fashion or fad, its about fairness, civil rights, and people with disabilities making true progress out of segregation and into full participation in the community. It's also about the bland safety of the familiar and the dignity and promise of risk. There's a lot at stake here, and most people without disabilities have no idea there's an argument at all.

What's more important in a media portrayal of disability … being realistic or being positive? I haven't seen this episode, though I definitely plan to, but here's my initial thought. People with Down Syndrome are too often portrayed as innocent, angelic, and could use a bit of moral complexity to show that they're just as human as anyone else. However, accomplishing this with a plot involving a gun in a school … right about now … was probably not the best idea.

I liked this story. Maybe "inspirational" disability stories wouldn't be so revolting if they bothered to explain how the person with disabilities does what he or she does? This article does that, by describing the new surgeon's stand-up wheelchair. He's a brave, determined man for sure, but we also learn that he's got tools, and that makes all the difference to me.
Posted by apulrang at 5:32 PM No comments: