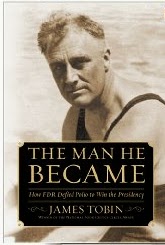 Next Saturday, February 16, we'll finish "The Man He Became" with Part Three: "Resurrection"
Posted by apulrang at 5:55 PM