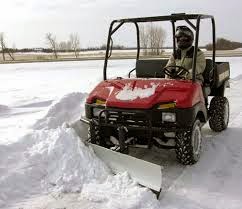 Like many small and medium-sized towns throughout the winter weather regions of the U. S., my hometown takes a semi-voluntary approach to keeping sidewalks and curb cuts clear of ice and snow. Property owners are required by law to shovel and sand any pedestrian pathways on or adjacent to their properties. They have two or three days after every snowfall or "ice event" to clear their sidewalks, or the City can, theoretically, clear the path itself and bill you for it.

In practice, the ordinance has little effect, other than to trigger a brief annual spasm of moral judgement on those lazy property owners who don't shovel. The sidewalks don't get cleared, everyone morally disapproves, and disabled people slide, stumble, or stay put for four months.

That’s what it all sounds like to me anyway.
Posted by apulrang at 9:30 PM