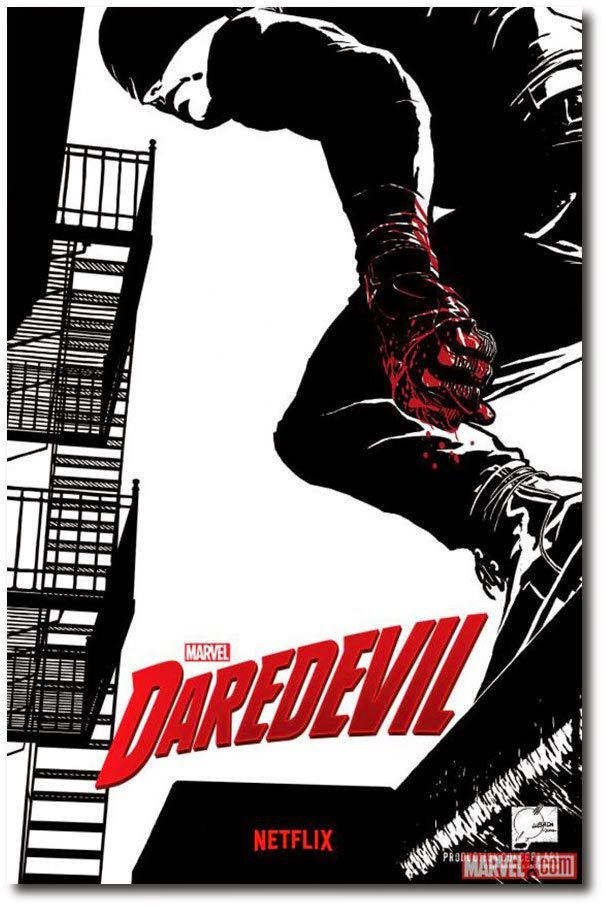 Netflix’s live-action “Daredevil” TV show may turn out be the biggest disability on TV story of the year. Based on the Marvel Comics series about a blind superhero, the whole first season of “Daredevil” will be posted at once on Friday, April 10. Alice Wong of the Disability Visibility Project will host a live Tweeting event starting 8 PM Eastern, under the #DaredevilDVP hashtag. We will be posting Tweets while we watch the first episode. Anyone interested is invited to follow and participate.

I am not a comic book fan. I never have been. Nor have I clicked into any of the superhero movies and TV shows of the last 30 or so years. Going in, my interest is mainly curiosity about how Daredevil’s blindness is portrayed.

There is a familiar stereotype baked into the premise … that being blind intensifies the other senses. It’s a popular idea that is only partially, if at all true in real life. I'll be interested to see whether making these heightened senses "superpowers" will make them more of a blindness stereotype or less. Also, as far as I know, the actor, Charlie Cox, isn’t blind. That is disappointing, and puts me on alert for possible inaccuracies and shortcuts in the portrayal of a blind man. On the plus side, it looks like Daredevil might be trained and advised by another blind man. That kind of peer mentoring is one of my favorite things to see in disability on TV.

I will try to keep an open mind. If it’s a good show overall, then I’m prepared to be pleased if blindness is just another factor, the way paralysis is a factor, but not always a crucial one for “Ironside,” a less fantastical disabled TV crime fighter.