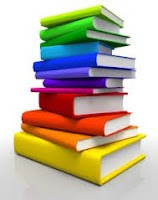 Employment is a fairly simple issue for disabled people. Most of us want good, well-paying jobs, but way too many of us aren't gainfully employed at all. There are both internal factors and external factors for this. In the disability community, we usually focus more on the external factors, like discrimination.

Benefits are important to disabled people, too. When we need them, we really need them, and it can be galling when we have to defend that need in the face of both specific skepticism and anti-benefits / austerity ideology.

The real nightmare is when people like Iain Duncan Smith try to use our desire for employment as a justification for cutting and narrowing benefits. We are told that the benefits system keeps us under-employed, and we know that in a sense, this is true. The difference is that we recognize it as the structural problems of an outdated system, while politicians ... usually conservative ones ... see it as a moral issue of benefits bankrolling laziness and complacency. Yet they are starting to learn to speak our rhetoric, suggesting that tightening and cutting benefits will somehow, magically, liberate us to achieve our employment dreams.

I never idolized the Kennedys, but I don't take any sort of pleasure in finding out more bad things about the family. It makes me kind of uneasy to think that people will read this as simply more fodder for political partisans to prove that the Kennedys were horrible. One reason I do want to read this book about Rosemary is that I'm curious whether what happened to her was worse because she was a Kennedy, or whether her experiences were actually kind of typical for mentally or intellectually impaired people of her time. My guess is that her life was pretty typical, but made somewhat worse by Joseph Kennedy's ambition and patriarchal arrogance.

This is a heartbreaking account of bullying, and it raises a question I have thought about for a long time. How much disability-related bullying is really about disability, and how much is disability just another of many meaningless excuses for bullying? My guess is that bullies are gonna bully. If there's no disability, it'll be something else ... like the color and cut of a dress. The reason this matters is that it calls into question how useful increasing "disability awareness" really is. I can easily imagine high school students who would never make fun of a fellow student's wheelchair, but see no contradiction in mercilessly teasing the same student's hair, shoes, or accent. Kids and teens are very good at missing the point.

What exactly do we need to be Aware of?
Disabilitybusters - October 9, 2015

I am generally on board with “disability awareness” skepticism (see above). I also prefer discussing policy more than the human relations stuff. However, while I agree with what’s in this article, the way the way the awareness vs. issues conflict is framed here a little too stark. Sometimes, “awareness” does fool us into thinking we are doing something, while it distracts us from dealing with more “substantive” disability-related problems. I don’t think it’s usually a deliberate dodge though, and understanding something about the disability experience can help keep policy discussions on track.

There can't be enough articles, interviews, and reviews of Steve Silberman's book about neurodiversity and the massive mischaracterization of autism.