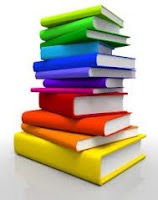 What Was the Telethon?
Kevin Gotkin, Medium.com - September 5, 2015
Brilliant article on telethons, what they did and what they meant. I look forward to Paul Longmore's book. I am especially curious to see if he discusses how other cultural factors contributed to making the telethon the way it was. For instance, I wonder if the exclusive focus on research and cures might have been partly a result of Jerry Lewis' generation seeing so many truly dread illnesses successfully cured by scientists. For awhile there, it seemed like we could cure anything. Also, Jerry Lewis came out of a very specific tribe of entertainers who in the peak years of the telethon gave it a certain Vegas-y, Rat-Pack-ish, tough-guy sentimentality. The Labor Day Telethon always felt like a swanky, boozy charity event bankrolled by a mobster. In short, it was kind of gross and creepy, quite aside the insulting way it talked about disability and disabled people.

We've called autism a disease for decades. We were wrong.
Dylan Matthews, Vox.com - August 31, 2015
Dylan Matthews interviews Steve Silberman, author of the new book, NeuroTribes: The Legacy of Autism and the Future of Nerodiversity. Matthews is autistic, which he has occasionally mentioned before in his Vox.com articles. Vox.com itself is a general interest news website that specializes in "explainer" journalism, with an emphasis on making complex and obscure issues understandable. It has also been a strong champion of debunking popular myths and prejudices through careful, objective examination of data. That's one of the reasons I think this article, in this publication, is so important. Vox.com doesn't endorse "fringe" theories just to be trendy or make people feel good, so it lends further credibility to the neurodiversity understanding of autism. Of course, Matthews' own experience lends considerable credibility as well.

Does Down Syndrome Justify Abortion?
Mark Lawrence-Schrad, New York Times - September 4, 2015
This article provides a pretty good map of how the ethics and rhetorics of abortion and disability intersect and intertwine in complicated, often unpredictable ways. Two things in the article stand out to me. First, I am not surprised but I am very discouraged that Lawrence-Schrad and his wife's doctors responded to their decision follow through on the birth of their Down Syndrome child with “raised eyebrows.” He doesn’t say anyone actively tried to talk them out of it, or talk them into an abortion, but total neutrality is the lesson I first learned from talking to pro-choice people. Pro-choice people just aren't supposed to encourage people to have abortions, or not to have them. The second thing I come away with is that we need better education about disabilities for maternity professionals. I mean life with disabilities, not just the medical details of disabilities themselves.
Helping struggling seniors and disabled
Timothy Canova - August 30, 2015
For years, politicians of both major parties have spoken as if it was obvious that reducing or limiting entitlements like Social Security has to happen. Recently, however, a growing number of economists and even a few politicians have been suggesting that maybe we need to increase Social Security. Expensive though it may be, Social Security also delivers a lot for the money. For one thing, it has virtually eliminated extreme poverty among the elderly. And while we justifiably complain about how meager and limited life can be for disabled people on Disability or SSI, I think we all realize that without these benefits, the our poverty rates and the intensity of our suffering would be much, much worse than they are. The Miami Herald's proposals here aren't that dramatic, but it's notable to see a mainstream newspaper openly endorsing measures that would increase, not reduce the cost of entitlements ... because doing so might just be necessary to avert a true economic and human disaster. It's never been particularly cool in the disability activist community to campaign for more benefits. We tend to prefer fighting for civil rights and other supports partly on the assumption that our greater independence will save everyone money. I still think that's true to an extent, but I am starting to think we may need to gear up to fight for basic support pretty soon. And teaming up with seniors might be a good idea, too.
Tories promise improved disability grant amid turmoil over urinating candidate
The Canadian Press / The Globe And Mail - September 7, 2015
It’s interesting as an American to read about disability policy in the Canadian elections. I wish the article was more informative. I’d like to know more about this Disability Savings Grant. It sounds like a characteristically conservative benefit program that says, “If you have money, we will allow you to save it tax-free.” However, the article doesn’t explain the program much. I also noted that none of the comments are about the policy, because nobody knows a thing about disability policy. Okay, there’s also that unrelated peeing in a cup thing which I guess is much more fun to comment about. But still, doesn't anyone have a anything to say about the Prime Minister’s proposal or the program it relates to?
----------