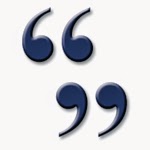 "Old Pain I’m used to: the tightness in my hips when I don’t stretch in the morning, the pressure where my legs meet my back when I walk too far. It’s not that I don’t feel it; it’s just been there for so long that I know not to get nervous about it anymore. New Pain is where it gets scary because it stops having a name. I can’t immediately catalog it or diagnose it as benign. At best, disability allows you to create a tenuous peace with your body, and anytime it decides to violate that mutual agreement can be terrifying. You take the time to figure it out — what it likes and dislikes, where it functions best — and stick to that routine, until New Pain reminds you that you’re never quite going to have this figured out.” — Know Me Where It Hurts: Sex, Kink, and Cerebral Palsy

It's only part of a longer, quite excellent piece by a woman with Cerebral Palsy, but I related to this bit so strongly that I just had to take note of it.

Via the Disability Fashion Project Tumblr blog.
Posted by apulrang at 7:06 PM No comments:

"The West Wing” series is about so many things that its extended depictions of disability take their natural place as just one of many interlocking story lines. President Josiah Bartlett’s “hidden” Multiple Sclerosis echoes the real President Roosevelt’s imperfectly obscured Polio. Although the later years of the show aren’t as good as the first few, the disability depiction improves, showing the President’s progressing disability both as a legitimate personal crisis, and a manageable one that only occasionally interferes with his conduct of “the job”.

It’s such a bonus to that we get another disability depiction, in the recurring character Joey Lucas, the political pollster who is deaf, played by Marlee Matlin. Her introductory scene, in which a drunk Josh Lyman struggles to understand that she is deaf, and the guy with her is her Sign Language Interpreter, is one of the funniest scenes in the entire series.
Posted by apulrang at 12:10 PM No comments:

"What's more, autism spectrum disorders — which causes social impairment and stifles people's ability to communicate — still represents significant suffering globally. 'The burden of disease caused by the disorders is not only high in children but continues throughout the lifespan into adulthood,' says Baxter. In 2010, autism spectrum disorders caused 7.7 million person-years of healthy life lost, around the world."

Two of Vox.com's strengths are explaining things, and dampening hysteria with actual information. I am glad to see them take on the supposed explosive growth of autism. I would love even more for Vox.com do a followup addressing the radically different conceptions of autism that most autistic people, and those of us who read and write disability blogs know about, but most people don’t.

The traditional, medical view is that autistic people "suffer from” autism. And because autism apparently means autistic people have no personalities or points of view of their own, families suffer even more, from the stress and anguish of having kids with autism. If they really thought about it, most people would probably say that “autistic” and “healthy” are incompatible concepts, and that autism is one of the most dread of diseases, the very opposite of, "I don't care if it's a boy or a girl. I just want it to be healthy!"

The Neurodiversity or Autism Acceptance views of autism do not deny that autism exists or that it is difficult. Nor do they deny that there is suffering. The difference is where the suffering is thought to come from. In this alternative view, autism is not always inherently painful or debilitating. Rather, it is non-autistic people's lack of understanding of autism and, their pathologizing approaches to it, that cause autistic people to suffer most.

I wonder if and when these different paradigms of autism … and of other disabilities, too … will become more widely known. It seems like an important thing to at least be aware of.
Posted by apulrang at 11:57 AM No comments: