I don’t for a minute believe Sen. Rand Paul really wants to reform Social Security Disability in any way a disabled person would like. He’s been trafficking for the last few months in the worst kind of divisive rhetoric about people who are and aren’t “truly disabled”, and philosophically, I suspect he just doesn’t think government should be giving disabled people money at all. 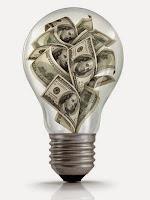 Eschaton’s take on this is pretty straightforward, and I pretty much agree with him.

That said, I also agree in a very narrow and limited way with Sen. Paul when he says that any reforms to Disability should happen with input from disability advocates. I don’t know if he’s aware of the phrase, “Nothing about us without us,” but that’s one way of looking at what he’s saying here.

In fact, it seems to me this is one of the big reasons why disability program reforms in the UK went sour. The major reason of course is that it was motivated most strongly by the Tory government’s drive to cut spending, and also by a strong dose of the same kind of ableism Sen. Paul has been peddling, (see “truly disabled” above). But I suspect it was even worse because there was little or no input from the UK disability community about what changes they would actually like to see in their disability support programs.

The thing is, we have ideas, and no, they don’t consist only of “more money please." We may not be as concerned with saving money and obsessed with catching cheaters as conservatives seem to be, but we do have ideas about how Social Security Disability can help foster greater independence and financial self-sufficiency. If anyone is really, truly concerned about bending the curve on Social Security Disability costs, they might try being patient about it, limiting their expectations, draining the venom out of the conversation, and asking disabled people what would work best to help us become more independent.

As it happens, there is going to be a Twitter Chat on Social Security Reform on June 1 at 1 PM Eastern, using the hashtags #SocialSecurityReform and #CareerACCESS. It is organized by disability advocates, and will probably be a good opportunity to “brainstorm” ideas and see what others are thinking. The National Council on Independent Living Annual Conference will also include a forum on Social Security Reform.

On the other hand there's always a chance, a pretty good one actually, that Sen. Paul and his colleagues just want to beat up on poor people some more, especially the ones they don’t immediately understand, like people with hidden, ambiguous, harder to pigeonhole disabilities.

That doesn’t mean we shouldn’t offer real, good faith ideas when we have them. I think we should, not to make it easier for Rand Paul to bully disabled people, but sometimes good policy cam grow out of dung.