A History of the Disability Rights Movement on Dipity.

This is fantastic! I hope it can be added to and edited by others, like Wikipedia.

Via the Ramp Your Voice! Tumblr blog.
Posted by apulrang at 6:23 PM No comments:

Email ThisBlogThis!Share to TwitterShare to FacebookShare to Pinterest
Labels: History

I found it fairly easy to write a Mother’s Day post about my mother, but as soon as I started this Father’s Day post, I realized that it would be much more difficult. Not because I have bad feelings or terrible “trigger warning” stories about Dad, but because his approach to my disabilities was complicated and conflicted.

To try getting a handle on things, I will simply note a few things about my father, Peter Pulrang, and hope they amount to some kind of coherent idea:

- I was born when my parents were around 40 years old, and their only other child, my brother Ian, was 14. So, I was a surprise in more ways than one. Sort out the implications of that if you dare to try ...

- Dad was a pediatrician, and though I am prejudiced of course, scores of people who live in my home town who I don’t even know have told me he was a terrific doctor for his patients and their parents. I am positive that Dad’s connections in the medical community amount to a pretty massive dose of privilege that I am happy to have had, especially when I was too young to know it.

- Even though he was a doctor, and my mother didn’t have a very high opinion of the medical profession, Dad was at first not the most committed of my two parents to pursuing aggressive medical care and therapy for me. Dad’s medical philosophy was minimalist, and I think that until he knew more clearly that there was perhaps less wrong with me than met the eye, his higher priority was protecting me from pain and suffering. I can only love him for that, but those of us who have had disabilities all our lives know how mixed the results of parental protectiveness can be.

- On the other hand, in many ways, Dad had the harder job of it, because he was definitely the point person and organizer of all of my medical care, and also the one to oversee my often painful physical therapy. He never entirely rebelled against this role, but I can still pretty clearly remember that he hated the exercises, especially, because they required him to cause me physical pain. Pediatricians cause little kids physical pain all the time of course. That’s why in general, doctors aren’t supposed to treat relatives. But I guess being a father doing home PT with your kid doesn’t count. Maybe it should.

- Dad was still helping me get dressed every day when I was a freshman in high school. I wish I could say I was the one to insist on my own independence, but it was Mom who stepped in and said enough already. It took almost no time, effort, or any sort of Occupational Therapy for me to learn how to dress quickly, so I probably could have been doing it much earlier. I think Dad just kept helping me out of habit, out of impatience (he hated seeing a person struggle to do something “the hard way”), and because helping me was how he expressed his love. It sounds too transparent and awful to be common, but I really wonder how many parents unconsciously use a child’s disability to preserve a sort of idyllic parent-child relationship well past its expiration date.

- My father ended his career in Public Health administration. In his professional capacity, in the early 1980s, he met some disability rights activists. I think that’s where Dad started to pick up some of the more positive “Social Model” ideas of Disability Rights and Independent Living. He tried, valiantly, to introduce these ideas to me when I was a teenager, but I was, you know, a teenager, he was my father, and I was convinced that he was talking nonsense. To me, disability was nothing but an embarrassing pain in the ass, and the idea that it could be a political identity or something to be proud of was beyond my comprehension. It must have taken all the self-control he had not to say “I told you so” when years later I ended up working in the Independent Living Movement, and explaining to him the finer points of progressive disability philosophy. Sons can be super annoying, no?

- I am always in danger of forgetting this … but Dad had dyslexia, and I think maybe a mild case of ADHD. The latter is just speculation on my part, but the dyslexia was, I guess, the real deal. Of course, it had to have been most difficult in his childhood and teen years, at at time before anyone had any notion at all of learning disabilities. I don’t think his childhood was unhappy, exactly, but Dad was pretty specific in describing an education drilled into him by well-meaning people who probably only half understood what they were dealing with. This had to have affected his concept of disability, but exactly how I’m not sure. Occasionally, when I hear people say how remarkable I am to have done so well with my disabilities, I think about my Dad, who I don't think ever got proper credit for graduating from Princeton, and then McGill Medical School when reading and writing were such slow, laborious processes for him.

- Dad also experienced significant hearing loss later in life, probably due to exposure to loud engine noise as the Co-Pilot of a B-24 in the Second World War. He wasn’t fully deaf in either ear, but it affected his sense of connection to other people, making him feel more isolated and “left out” of things. Again, I think this must also have influenced how he viewed disability.

As happened with my mother, my relationship with my father was at its best when I was fully grown up and he was retired. We saw each other less, but developed a stronger, connection … not always agreeing, but always engaging.

Looking back, I can see that Dad and I had a relationship that was at the same time very unusual, and utterly typical. At any rate, I sure do miss him. 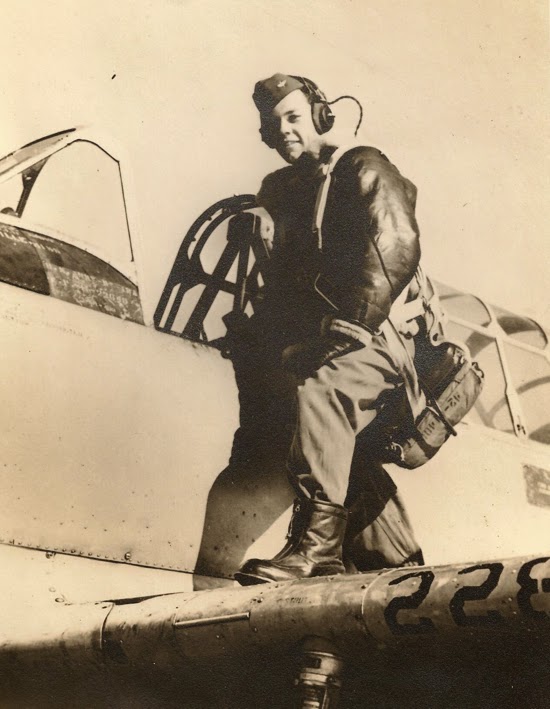 Dad getting into his trainer airplane, c.1943. 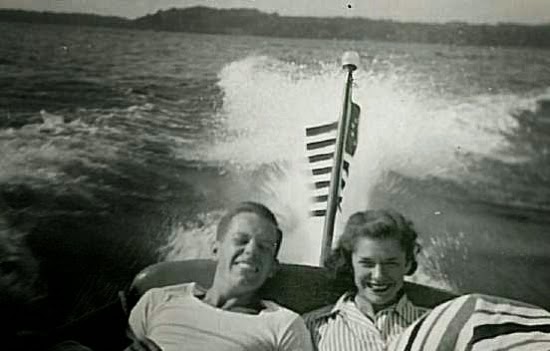 Dad and Mom, I think shortly before they married. 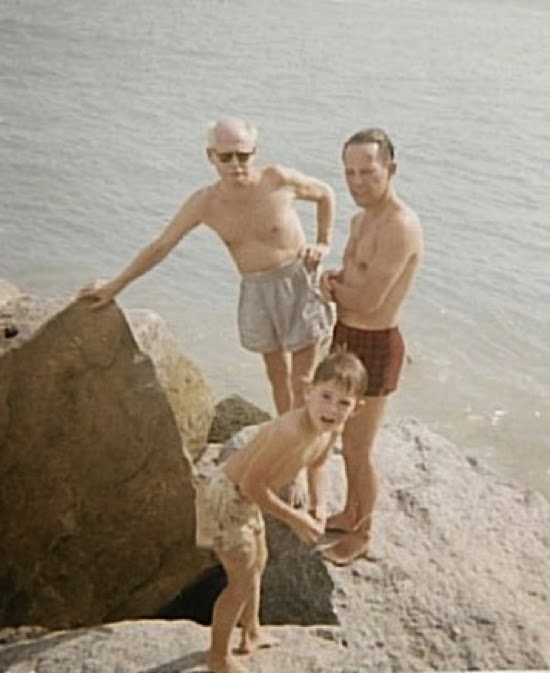 My brother, Ian in front, Grandpa Pulrang on the left, Dad on the right. 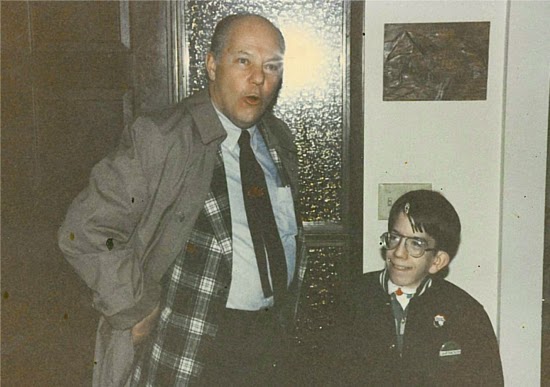