The Stone Roses, “Waterfall”.
Posted by apulrang at 7:36 PM No comments: 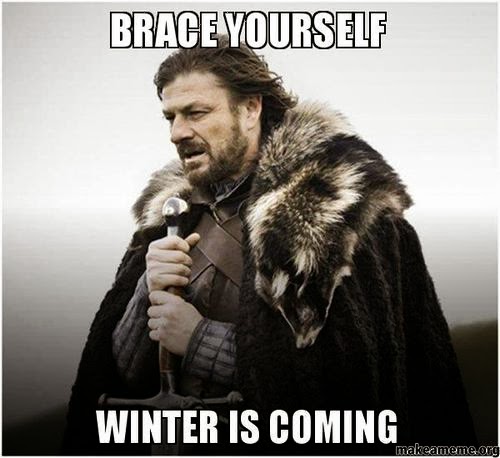 PS: I got the Ned Stark "Winter Is Coming" picture from this wonderful short Tumblr post for "Spoonies" ... people with chronic pain / illness, another kind of disability that can make winter more difficult.
Posted by apulrang at 6:21 PM No comments: