I've come up with a way to undo the damage of the "Girls" end of season disabled character story debacle.

Once Beadie recovers, and Jessa is tidying things up and talking to her a mile a minute, as she is wont to do, she mentions something about Beadie considering suicide because of her disability. Beadie interrupts saying, "What?! I didn't want to die because I use a fucking wheelchair! I've been using a wheelchair for three decades! No, I wanted to die because I'm depressed, and my photos have sucked for the last five years!"

Beadie, interrupts. "Jessa, honey, you've watched too many Lifetime Movies. Disability is the least of my fucking problems."

From there, Jessa becomes Beadie's aide for awhile, picking up a shit-ton of grown-up wisdom while she helps Beadie with the logistics of her photo shoots, which, incidentally, start to go a bit better because even Jessa knows a thing or two about art.

Boom. Stereotype acknowledged and busted. Meta-commentary made. Bold statement about life with a disability delivered. 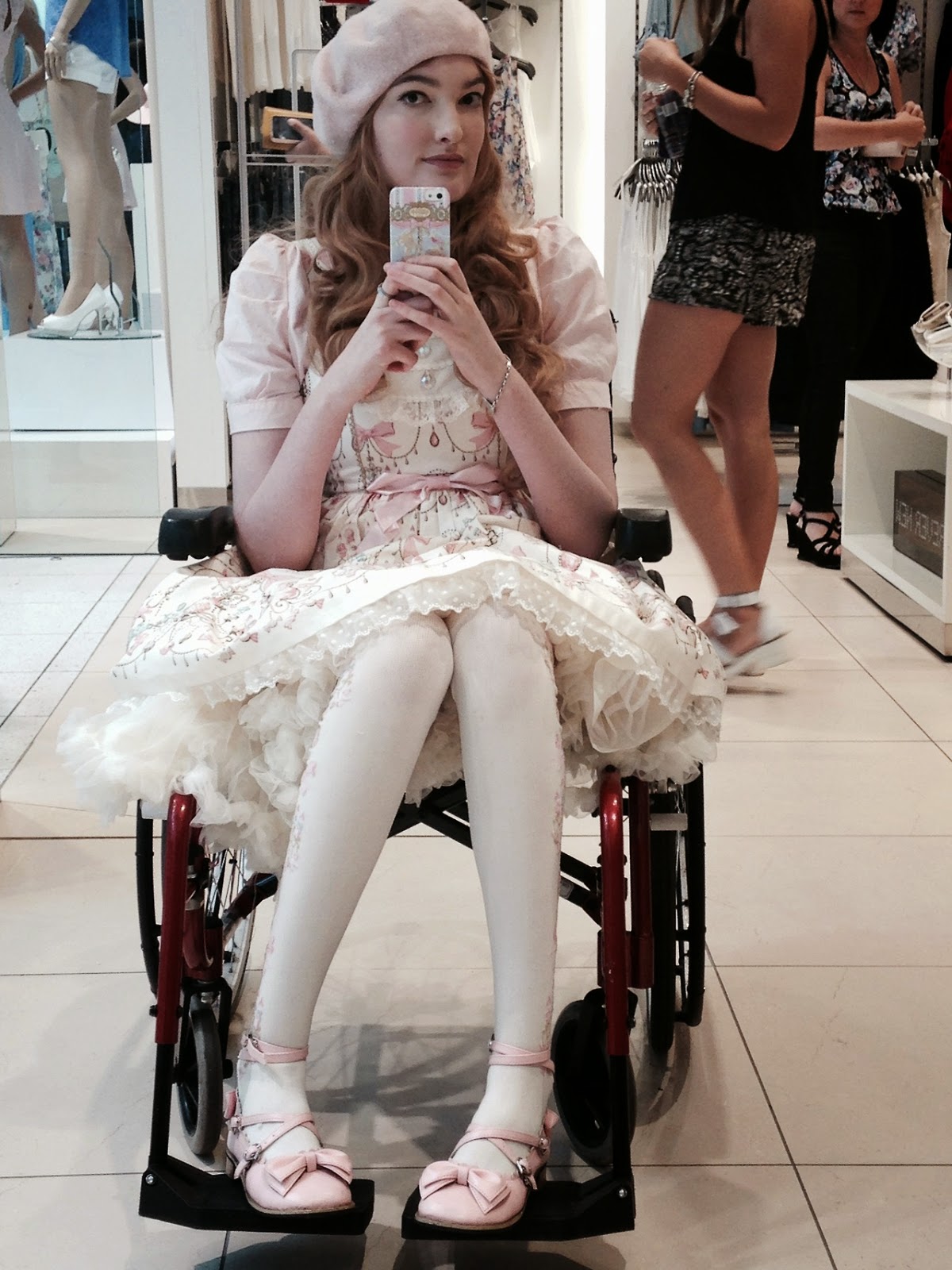 From the Radically Disabled Tumblr blog, via The Lame Dame.
Posted by apulrang at 7:07 PM No comments:

Let Down By "Girls"

I guess I should get in line, because pretty much every discernible social group in the country has been let down by Lena Dunham's "Girls" at one time or another. I just caught up on the last two episodes of Season 3, and at first the wheelchair-using guest character of "Beadie" excited me, then utterly crushed me.

Obviously, Girls isn't about pleasing or representing constituencies, and I respect that. And I really like the show. However, I have to say that making your first physically disabled character an older woman in a generic hospital wheelchair who wants Jessa to get her drugs so she can kill herself ... this is very disheartening to watch as a disabled person.

Listen, there are physically disabled people who wish to end their lives. Some of them have to try to get others to help them do it. And there is a whole libertarian argument that this should be legal and accommodated.

At the same time, there is a strong counter-argument ... one that has nothing to do with religion or a "right to life" point of view ... that the reason some disabled people wish for death is usually a completely unnecessary lack of support on many fronts. To many of us, it is a truly bitter irony that in general, people are more aware of the terms of debate on assisted suicide, than they are about assistive technology, accessible buildings, and home care ... all of which can make life dramatically more livable for people with even the most severe disabilities.

Set all that aside, though, and you still have a character in Beadie who we are supposed to believe is at the end of her rope. Her body is "gone" and she's in horrible pain, justifying her desire to die and placing a kind of moral obligation on Jessa to help her do it. Yet, other than being in the wheelchair, we see no evidence of how horrible her life is, at all. She looks pretty healthy. She's got reasonable use of her hands ... though inexplicably she needs people to push her wheelchair. She is a talented photographer, who probably has enough money to support herself and hire aides to assist her. She certainly ought to be able to buy a wheelchair that she, herself can operate, instead of that clunky hospital chair they probably found in prop storage at the last minute. She's got a strong will and a sense of humor, so even if she's more impaired than she appears to be, there's a good chance for her to have a rich "life of the mind".

A reasonable explanation that would invalidate all of this would simply be that she's clinically depressed ... mentally ill basically. Which means she needs treatment and therapy, not an overdose. It would be interesting if Jessa, of all people, would have suggested that to Beadie, instead of wrestling over whether or not to buy her drugs. After the year she's had, Jessa would actually have been kind of perfect to deliver a bit of an intervention to Beadie. But suicide is cooler, more "edgy" I guess than earned, realistic character development.

I get that the point here was to provide a revealing situation for Jessa, not to make a social point about disabled people. But still, you can't just make shit up! It has to ring true. And this rang very false, even though the character was generally well played by Louise Lasser (who, incidentally, played the title character in the cult comedy TV show Mary Hartman, Mary Hartman). I would have totally bought a kind of mentor / Man Friday relationship developing between Beadie and Jessa, with Jessa becoming Beadie's assistant, helping her function more effectively in the art world than maybe she's able to on her own, without help. Maybe that's what they have in mind for the next season. After all, the suicide story took a slightly more hopeful turn at the end.

An even simpler question is, how can Lena Dunham ... who I really do think is a brilliant and fairly aware writer and director ... how can she have been unaware of how much of an overused TV trope this storyline is? Ten minutes of research into what interesting, "creative type" disabled people really think about things would have yielded a dozen better ideas than this one.

I think the answer is that for some reason, disability is still not part of the default knowledge base of your standard-brand liberal / socially aware American. In the absence of any meaningful engagement in disability as a social issue and identity, otherwise socially conscious people simply fall back on a few rudimentary ideas they maybe picked up from "old timey" pop culture ... because "old timey" is hip, you feel me? And if you get your disability reference points from decades old culture, they are going to be bad.

Anyway, that's my theory. Yet, I hope that a year from now, "Girls" will do something genuinely fresh and interesting with Beadie and Jessa. Because I really liked Beadie, until she basically said that anyone as disabled as her would of course want to die.
Posted by apulrang at 6:32 PM No comments: