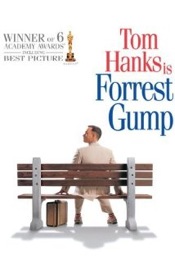 Like Forrest himself, I don't even think there's a profound message or revelation here. It's an experience … textured, emotional, very human … but no more than that. While "Forrest Gump" on the surface has little new to say explicitly about people with cognitive impairments, I think it gives us a feel for that experience that's unique and personal in popular culture.
Posted by apulrang at 5:10 PM No comments: