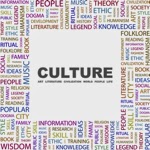 I haven’t yet tried the Tyrion Test on a wide variety of works. That really needs to be done to get a sense of whether the system really works. Maybe the readers can help me. What are your favorite, or least favorite disability movies and TV shows? Do they pass the “Tyrion Test”? Give it a try and leave a comment below!
Posted by apulrang at 3:36 PM