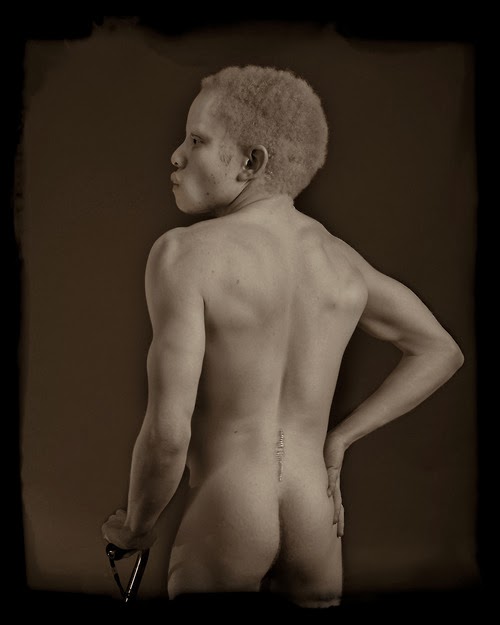 From the Disabled People Are Sexy Tumblr blog.
Posted by apulrang at 7:30 PM No comments: 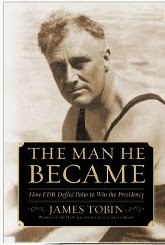 Part Three charts Roosevelt’s political comeback, beginning with his Democratic Convention speech nominating Al Smith for President in 1924, running for and winning the Governorship of New York, mainly as a way of helping Smith in his second presidential run in 1928, then speeding up his long-range plan and running for President himself in 1932, after the Great Depression sunk the once-popular Republican President Herbert Hoover.

Tobin also describes how Roosevelt “discovered” Warm Springs, Georgia, where mineral hot springs provided a unique and effective environment for rehabilitation of people with Polio. Coming between Roosevelt’s 1924 reintroduction to politics, and his 1928 run for the New York Governorship, the Warm Springs experience helped refine his physical recovery goals, while he pursued an unusually self-directed approach to his rehabilitation.

1. Where initially, Roosevelt worked towards and believed in “full recovery”, he later developed the idea that if he could walk with only a cane, then he could return fully to politics. This idea, in turn, evolved into a slightly different goal. Regardless of his actual physical capability, if he could manage his appearance and movements so as to put people at ease, then Roosevelt believed that would be enough for him to return to politics.

2. Roosevelt developed a hybrid of two general approaches to his medical and physical situation. He listened to and took seriously the advice of “traditional” medical and rehabilitation experts, but he felt increasingly empowered to choose from among their approaches the ones that he instinctively liked, and which seemed to work for him and others like him. He became a sort of proto-consumer of health care a lot like people today who chart their own course on medical questions.

3. Roosevelt really always had two kinds of goals … physical and political. At first, his political goals would have to wait for him to achieve physical recovery goals. Eventually, the two goals switched in umportantnce. The need to jump and political opportunity forced Roosevelt to change and even interrupt his physical goals. In the end, he pursued physical rehabilitation mainly in order to achieve political ends, not just because he wanted to walk.

4. Tobin discusses whether Roosevelt sacrificed a more complete physical recovery in order to honor Al Smith’s request that he run for Governor. It seems as though Roosevelt, himself thought so.

5. Because the political calendar is fixed, and recovery goals are rarely met on schedule, politics trumped rehabilitation. Roosevelt had to make his nomination speech in 1924, even though he might not have felt ready, because he was asked, and because the event was going to happen regardless. He had to run for Governor in 1924 because that’s when Al Smith needed him, and because 1928 was an election year … not 1929 or 1930. And he ran for President in 1932 because the incumbent President was unexpectedly weak in that election year, creating a unique opportunity that might not come again. At every step, though he would at first beg off, citing his need for further rehabilitation, Roosevelt took the opportunities that arose.

6. Roosevelt was an exceptionally private man, who preferred not to discuss his disability even with his closest friends and colleagues. However, he was unusually open and curious to discuss disability matters with other people who had Polio, both seeking and later giving advice.

7. Political efforts use Roosevelt’s disability against him failed for many reasons. Some accusations were just too outlandish to ever succeed. But another factor was that first political reporters, and later the public, wanted to buy into a great “comeback” story in which Roosevelt was a hard-working hero. People always like that, but during the Depression, that was exactly the kind of person people were looking for to put the country right. People were predisposed at that time to prefer Roosevelt’s positive narrative to the ugly rumors a few opponents hoped would gain traction.

8. Tobin closes by noting that Roosevelt’s way of improvising approaches to his disability were used again by him to fight the Depression. He explicitly said that rather than push any specific policy or ideology, he felt that the thing to do was try things, evaluate the results, make changes, and try new things. That is exactly how he dealt with Polio.

As I see it, Tobin makes three important points in "The Man He Became":

1. Roosevelt achieved the Presidency not in spite of Polio, but in a way because of it. The ordeal made him both stronger and more empathetic. Previously, he was a promising politician, but considered something of a lightweight and an aloof aristocrat. His constant improvisation in dealing with his disability also became the hallmark of his approach to the Presidency and efforts to combat the Great Depression.

2. From today’s perspective we can see in Roosevelt the beginnings of a new set of beliefs about disability that were more fully developed later … the reduction in stigma, the end of erroneous and superstitious beliefs about disability, and the idea that full physical recovery wasn’t the only way a disabled person could live a productive life. Most of all, Roosevelt short-circuited the equation between illness and disability … between weakness and impairment. After Roosevelt, people could conceive of a person being both disabled and strong.

3. FDR didn’t hide his disability. He did not perpetrate a “deception” as the current conventional wisdom now says. Rather, it was a “performance”. Over time, he developed the idea that he didn’t have to appear to be completely cured to return to politics, as long as he could mostly appear to be strong, and govern his movements so as to put people at ease. Through hard rehabilitation work and embracing some innovative approaches, he gained back enough mobility to do this. People could see that he was “crippled”, but in ways that didn’t worry them.

In addition to these, three other things stood out for me, as a person with a disability:

1. Roosevelt probably would have understood “The Spoon Theory” quite well. Polio, itself, started out as a painful, frightening, exhausting “storm” of an acute illness. Exhaustion and the careful economizing of stamina were forever after daily factors in Roosevelt’s life. Reading Tobin’s descriptions of the disease and the work of Roosevelt’s rehabilitation should cause any disabled or chronically ill person to feel a strong bond with Franklin Roosevelt.

2. I love the fact that while Roosevelt was an extremely private person about his own situation, he actively sought and almost reveled in connections with others who had Polio. He was a natural leader, but he was also a good listener and good learner, whether the teacher was a distinguished doctor or a 15 year old kid who had lived with Polio for longer than he had. Without realizing it, Roosevelt was pioneering “Peer Counseling”, not just as an individual pursuit, but in a more formal way at Warm Springs.

3. “The Man He Became” shows that the story of Franklin Roosevelt’s life with Polio doesn’t perfectly fit anyone’s preconceptions or ideology. It is a story of personal bravery and perseverance, and at times a story of confusion, fear, and trial-and-error. Roosevelt was utterly dedicated to his “recovery”, but he was able to remain so partly because his allowed his concept of recovery to change. I found it interesting that the issue that brought this subject up again in the 1990s … the idea of President Roosevelt in a wheelchair … was in some ways pointless, since he rarely used a wheelchair in his daily routine.

Most of all, I think, I’ll remember Tobin’s beautiful, gripping description of Franklin D. Roosevelt waiting to make his nomination speech for Al Smith at the 1924 Democratic Convention. The crowd's reaction was fascinating, but I was thinking more about Roosevelt himself, sitting there hoping he wouldn’t fall down in front of thousands in Madison Square Garden, and hoping the hell someone had thought to nail down the podium he would lean on to give his speech.

Then, having made it to the lectern, Roosevelt smiles and tosses his head, which would become one of his signature moves, because he can't let go of the podium to wave.

Part One: "Virus and Host"
Part Two: "He's Through"
Part Three: "Resurrection", and Conclusions
Posted by apulrang at 4:38 PM No comments: 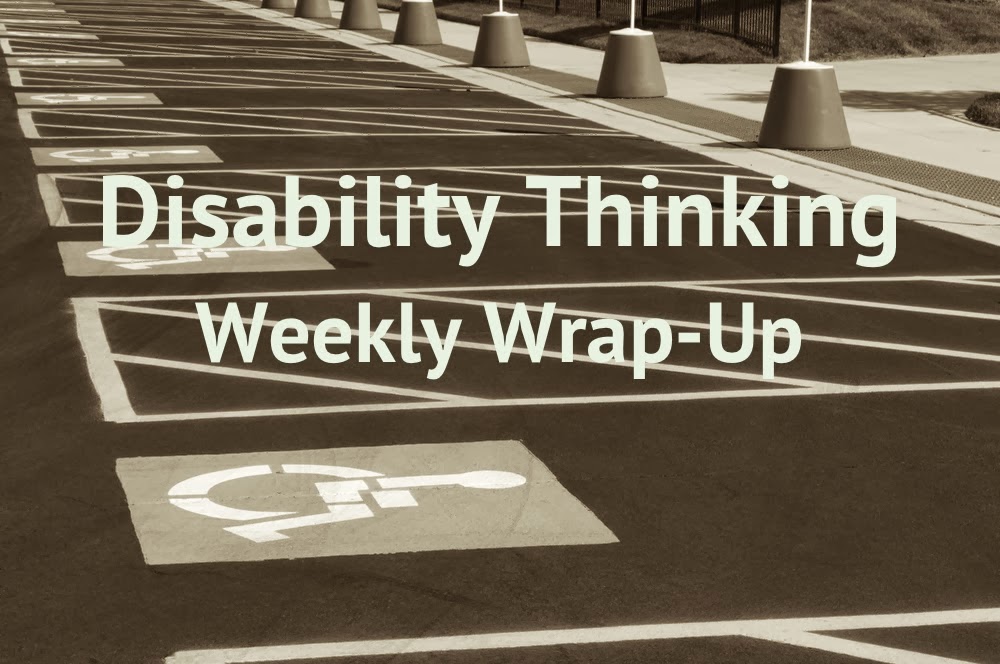