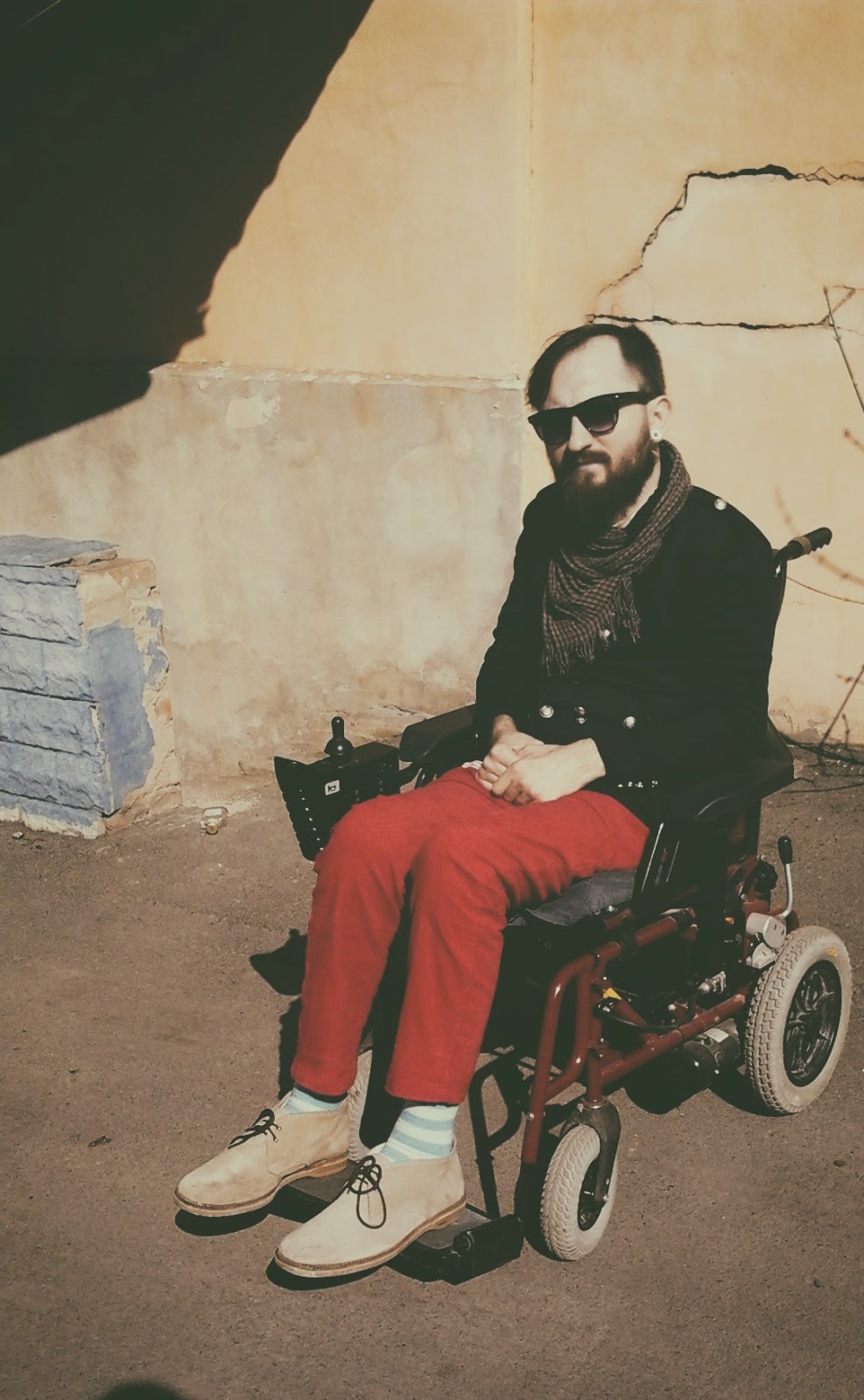 From the Oldmaninsorrow Tumblr blog, via Wheelchair Problems.
Posted by apulrang at 5:21 PM No comments:

I am deeply ambivalent about this. On the one hand, the man’s specific acts of bullying are so bizarre that maybe there just aren’t any really appropriate legal remedies for them. The judge may have felt that none of the normal punishments available to her seemed right. As terrible as the man’s behavior was, it would probably be overkill to put him in jail for months or years, and it’s doubtful he has the money to pay a really big fine. But you can’t just ignore what he did, and public shaming may serve not just to punish Mr. Aviv, but also to raise awareness of bullying and the more vicious forms of ableism.

Also, it is possible that public shaming is just what Mr. Aviv needs. Maybe over 15 years he's convinced himself that he is the reasonable one, and he needs a reality check that most people do not approve of his actions.

Yet, I can’t help thinking that this is a stunt that will generate a lot of notoriety, and instead raising awareness, it will just raise a lot of self-righteousness as people say to themselves, “Look at that horrible schmuck. Thank God I’m not a terrible bully like him!” While most people aren’t bullies, many people do harbor some pretty awful ideas about disabled people. The difference is that they are self-controlled and smart enough to keep their own behavior in check.

Which leads me to another thought. Doesn’t it seem likely that Mr. Aviv is at least a little bit mentally ill? Nothing in the article suggests he or his lawyer brought that up, but I wonder. I keep coming back to the fact that his acts were not just mean, they were bizarre. So were his apparent motivations … like smells from a dryer. Is this a guy who just can’t function in close proximity to other people? Does he imagine a thousand slights and impingements that aren’t really there? I’m glad the judge also sentenced him to anger management classes, though as I say, a psychological evaluation might be a good idea as well.

I don’t know. Maybe the guy is a racist, ableist misanthrope who just couldn’t stand having a large, possibly noisy and active family next door. On the other hand, when I worked at the CIL, I knew people with certain mental health diagnoses who at their core were decent people, but because of sensory issues combined with garbled thinking, had a terrible time living in an apartment where people were constantly coming and going and talking with each other. I’m talking about people who I wished I had the resources to just move them to a nice cabin in the woods, where nobody would bother them. The article says that the family next door didn’t have the money to move away from their abusive neighbor. Maybe he didn’t have the money to move away from them, either.

Finally, I wonder how things will between Mr. Aviv and the Prugh family after his sentence is complete. My wild guess is that there will be Order of Protection sometime in the near future, because I doubt that Aviv is going to learn any meaningful lesson from holding his sign.
Posted by apulrang at 1:39 PM No comments: