Live Tweeting the State Of The Union

I'm not exactly sure how this will work, but I’m signed up to join in Live Tweeting the President’s State Of The Union address tomorrow night. It’s using an application called #TWUBS, and you can sign up here for the SOTU Live Tweeting, and use the hashtag, #SOTU4PWDs.
Posted by apulrang at 6:54 PM No comments:

Wisdom Of The Day 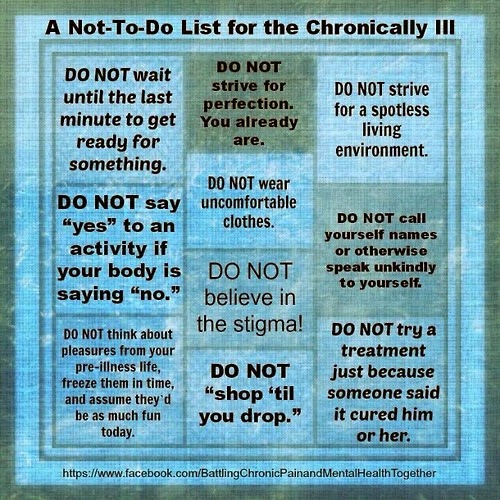 "A Not To Do List For The Chronically Ill", from the Spoonie Strong Tumblr blog.
Posted by apulrang at 5:46 PM No comments:

An Opportunity In "Project X"?

Last week I mentioned that one of my favorite journalists, Ezra Klein of the Washington Post Wonkblog, was leaving for some new venture. It turns out tha he’s not the only policy-minded journalist / blogger joining the project. Matthew Yglesias of Slate.com, Dylan Matthews also of Wonkblog, and possibly others will be starting something they are calling “Project X”, an online news site focusing on providing context and background “explainers” for current issues in the news.

“Today, we are better than ever at telling people what's happening, but not nearly good enough at giving them the crucial contextual information necessary to understand what's happened. We treat the emphasis on the newness of information as an important virtue rather than a painful compromise."

"The news business, however, is just a subset of the informing-our-audience business  —  and that's the business we aim to be in. Our mission is to create a site that's as good at explaining the world as it is at reporting on it.”

Their announcement includes a link to an open online application for possible contributors who are knowledgeable and enthusiastic about specific topics.

I can’t help thinking that there is a crying need for context, history, and explanation for disability-related news stories and policy discussions. How many people casually read about, say, nursing home fires, cognitively impaired people dying in pointless scuffles with police, sub-minimum wage at sheltered workshops, long term care and “entitlements”, health care reform, etc., without any real understanding of what’s important about these happenings? How many disability stories play out as simple human tragedy or triumph, with important policy implications entirely missing?

Maybe some disability bloggers will step up?
Posted by apulrang at 4:26 PM No comments: 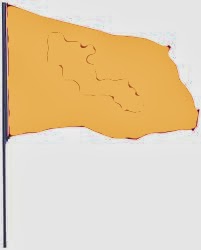 Not every instance of ableism makes me see red. Some things just annoy me, bore me, or make me slightly peeved. I’ve come to think of these as my “Beige Flags”. Here are three examples:

First of all, I don’t often get called “inspirational”. Mostly I read about others being termed “inspirational”, in print. Obviously, it’s a tired cliché, something people say when they want to be vaguely positive but don’t know what else to say. It’s also problematic, with a definite underdone of low expectations and prejudice. But, I’m really unsure of just how common the “inspirational” thing is in real life.

The other thing that sort of moderates my feelings is that I sometimes think that maybe inspiring other people isn’t the worst thing in the world, even if that inspiration is built on a flimsy premise. Also, I sometimes think that maybe it’s not my place to police other peoples’ feelings. It’s important to call out prejudice, but at the same time, I don’t like being the sort of person who constantly goes around telling people they’re “doing it wrong”. If “inspiration” is what someone feels, why should I contradict them? Maybe it’s better to build on this starting point and just roll my eyes in private.

Occasionally I’m reminded of how nervous some non-disabled are about social interactions with disabled people. Often this manifests in a fear that if they offer assistance, they’ll be scolded or shamed in some way. Apparently, we’re all really touchy about unsolicited help. I mean, we aren’t, really. We mainly get angry if we are touched or physically moved without our consent or direction. Being asked if we want help is quite a different matter, at least to me. Sometimes, even just being asked annoys me a bit, but it doesn’t make me angry. Again, it’s a Beige Flag for me, not a Red Flag. So to non-disabledp people wondering if it’s okay to offer help … just relax. If you want to offer, offer. As long as you respect our answers, you’re fine.

I am truly ambivalent about the whole subject of sex and disability. From my own perspective, the problem is twofold. For starters, I am disadvantaged by society’s dominant definitions of physical attractiveness. In general, I am not likely to be immediately, visually attractive to most women. I’m not saying this is absolute; it’s a matter of probability. Connected with this, but distinct from it, my own self-image has throughout my life been shaped by my perception of what other people find attractive and not attractive. As a result, I have self-limited myself and probably sent all sorts of discouraging signals when it comes to sexuality.

What I don’t really buy is the idea that there are these powerful taboos against people with disabilities having sex. I just don’t see it. I think there’s a lot of factual ignorance, and a sort absence of thought in which most non-disabled people simply never think of disabled people thinking about sex. But, I don’t hear much in the way of moral disapproval or disgust. The closest I’ve heard is people who have strong opinions about the wisdom of disabled people having kids, which I kind of think is a separate kind of question.

Still, I could get really resentful about all of this. It could be a Red Flag topic for me. What makes it less so is my feeling that a lot of the apparent barriers for me are internal and my own responsibility. That, and my strong belief that nobody has a “right” to sex that in any way supercedes individual likes, dislikes, and consent. I think it’s great and important to raise awareness … through discussion and photo projects for instance … of sexuality and disability. Maybe over time more people will have more open minds, and conceptions of beauty and attractiveness will become broader and more inclusive. But, on a person to person level, I can’t act like my own sex life or lack of it is some sort of political thing. Other peoples’ lack of imagination doesn’t entitle me to any sort of consideration, other than what I’m willing and able to generate for myself.

In short, though I generally believe that “the personal is the political”, I really feel that when it comes to sex and disabled people, the issue is a lot more personal than it is political.

As always, I welcome contrary opinions and other examples, in the comments.
Posted by apulrang at 12:37 PM No comments: