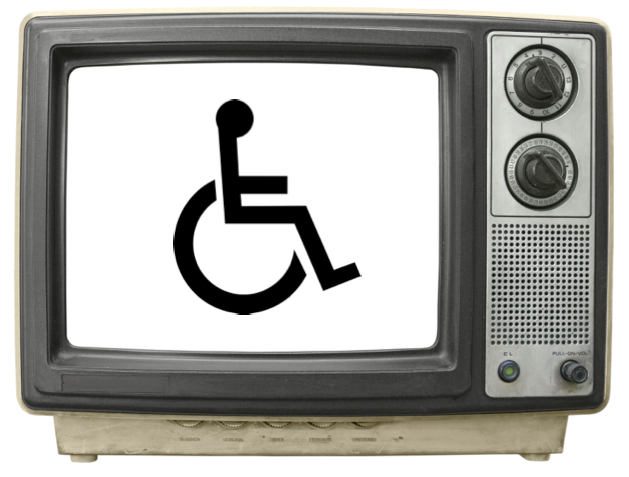 To elaborate on what I have in mind for this podcast idea, I would start off with episode recaps and discussion of two shows set to debut this Fall:

Ironside (New Edition, premiers October 2, 2013 … Remake of the late '60s, early '70s cop show about a brilliant investigator who uses a wheelchair, and his support team. In addition to figuring out whether the new show is any good, the obvious thing to do will be to compare and contrast the remake with the original starring Raymond Burr. Will the new show try to break new ground on disability issues? Will it strive for greater realism, or just more fireworks?

The Michael J. Fox Show (premiers September 26, 2013 … The actor will play a popular New York City news anchor who has Parkinson's Disease, and decides to try going back to work. Fox has Parkinson's Disease himself. How much of the comedy and momentum will depend on the character's disabilities? Will viewers be able to process a steady diet of disability-based comedy?

And then there are currently airing and past TV shows to discuss, such as:

Game Of Thrones … Two major characters, Tyrion Lannister and Bran Stark, and one minor character, Hodor, make this possibly the most disability-centered show on television, maybe in television history. Yet, disability isn't even close to being the show's main theme. Are these characters just fun, or are they saying something about disability?

House, M.D. … Dr. Gregory House's chronic leg pain and related drug dependency are recurring themes. Does the show suggest that House's chronic pain is responsible for his constantly mean, antisocial behavior? What are we supposed to think about the relationship between his pain and supposed drug addiction?

Life Goes On … The Sherwood family's son has Down Syndrome, as does the actor who plays him on the show. Is this show just too dated to be relevant? Did it succeed in making a disabled character an important, but not dominating part of a show about a full family? Why did the writers have to name the character Corky?

The West Wing … The President's Multiple Sclerosis has recurring political and physical effects. There is also an occasional Deaf character, a political consultant named Joey Lucas, played by Deaf actress Marlee Matlin. My recollection is that they the show handled the disability plots as well as all the others, but in retrospect, are these disability portrayals truly interesting in their own right?

The Big Bang Theory … Is the character Sheldon Cooper supposed to have Asberger's Syndrome? Is it an intentional portrayal? Is it becoming one?

Glee … This show has at least one regular character with a disability, Artie, who is paraplegic and uses a wheelchair, and a recurring character, Becky Jackson who is a student with Down Syndrome and protégé to the cheerleading coach. How do disability portrayals turn out in a show that's all about slapstick, surrealism, and sentimentality?

And then there are the movies ...

Don't forget to vote on whether or not you like this idea, in the poll over to the right.
Posted by apulrang at 8:23 PM No comments: