A Disability Show for Netflix? 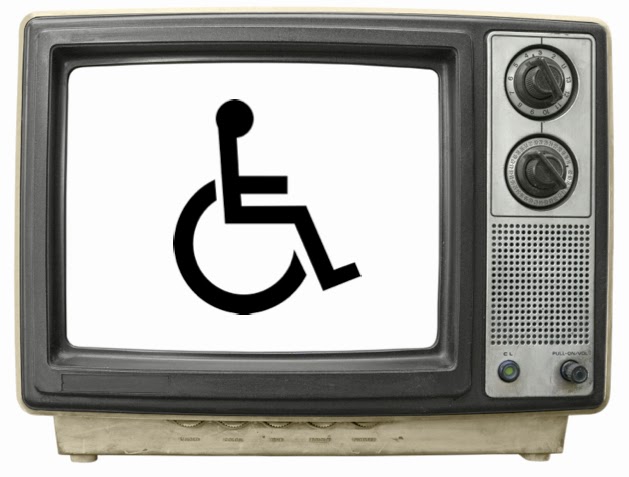 I think I may have posted about this before, but after watching Season Two of “Orange Is The New Black”, the thought has come up again. Could someone develop a short-run TV show, along the lines of “Orange Is The New Black”, that focused on people with different kinds of disabilities and life experiences? I’m thinking that a nursing home or “day program” might be a good setting. Key elements might include:

- A new arrival who has lived independently with disability for his or her whole life, but wound up here due to hard times, extremely bad luck, and / or a sudden loss of autonomy.

- Disabled people who don’t want to be there, and are stuck because of lack of resources, domineering families, bureaucratic red tape, or lack of strong motivation to get out.

- Disabled people who “like” the institutional setting, because it feels safe and allows them to escape adult responsibilities.

- Idealistic staff who push their own ideas and don’t really listen to what the disabled people want.

- “Burnt out” staff who actually do respect and care about the disabled people, but have been beaten down by a wrongheaded system and are out of ideas.

- A constant blend of interpersonal conflict and over-arching systemic corruption. Like the OITNB prison, the nursing home or day program would be depicted as flawed by its very nature, with small redemptive elements that can never be fulfilled because of how the system is structured.

The only way I could see any of this working would be if the characters were deeply developed and conflicted. Standard disability tropes would either have to be banished altogether, or else introduced then radically undermined as we got to know them as people. I think that the OITNB technique of using flashbacks to give us the background on characters might also work very well for this kind of disability story.

Another key I think would be for viewers to have an idea of what they’d be watching going in, and be sort of up for it, and then be blown away with how much more complex the stories and characters turn out to be. And, it would have to be written by someone intimately familiar with the specific issues and corruptions of the disability “industry”.

What would you like to see in a high-quality disability-themed TV show?
Posted by apulrang at 6:45 PM No comments:

I Need To Talk About Tywin and Tyrion ...

I’ll try to avoid spoilers, but I feel the need work out some end-of-season “Game Of Thrones” thoughts.

Maybe I’m reading too much of my own thinking into it, but I have never really been convinced that Tywin Lannister hates his “dwarf” son Tyrion as thoroughly as Tyrion believes. It’s clear that Tyrion believes that his father despises him because of his physical abnormality. At least once Tywin admitted that he wanted to drown the Tyrion when he was an infant. He never denied any of the negative feelings about Tyrion attributed to him by others.

On the other hand, I don’t remember Tywin ever saying, affirmatively, that he hates Tyrion because he is a “dwarf.” Most often, he says what a disappointment he is because of his drinking, whoring, and irreverent, cavalier attitude towards everything, especially “the family”. Also, like Tyrion’s sister Cersi, Tywin supposedly also holds Tyrion responsible for his wife’s death, which occurred while giving birth to Tyrion. These would all be pretty weak reasons to reject a child anyway, especially since so much of Tyrion’s “attitude” is directly related to feeling he’s an outcast. But while the show seems to want us to understand that the conflict between Tyrion and his father is all about Tywin’s rejection, and that the rejection is all about Tyrion’s physical disability, what’s on the screen seems more ambiguous to me.

I think Tywin’s feelings about Tyrion are far more mixed and complex than Tyrion knows. I wouldn’t go so far as to say that Tywin hides a more progressive attitude underneath his patriarchal bluff and bluster. I would only point out that when Tyrion actually demonstrated competence and intelligence, Tywin went with it, and relied on him as a pivotal agent in the Lannister family’s plans. Despite this season’s stunning conclusion, I am left still wondering whether Tywin was telling the truth … that he never intended Tyrion to be executed, but rather was concealing plans within plans … much like everyone else in the “Game Of Thrones” universe. I’m not saying there was anything like conventional fatherly love there, but I think there must have been some kind of respect … maybe appreciation of potential.

If that’s even half true, that would suggest that Tyrion may have overestimated the amount of stigma applied to him, at least by his family. Cersi is pretty clear that she’d like to see him dead, but for her it really does seem to be misplaced anger about the loss of her mother. Jaime actually seems to like, respect, and love Tyrion. And the little kids of the Lannister family seem to respect and enjoy their funny Uncle Tyrion … the detestable Joffrey very much excepted. It can’t be easy being a “dwarf” in a medieval society, but Tyrion brings far more of his own messed up ideas to the table than he realizes.

Maybe it’s wishful thinking. Maybe it’s because Charles Dance brought more to the character than George R. R. Martin himself. I wonder if the true nature of Tywin’s feelings about his son Tyrion will ever be clear.