Music For A Friday Evening


A real treasure from one of my favorite bands.
Posted by apulrang at 6:21 PM No comments: 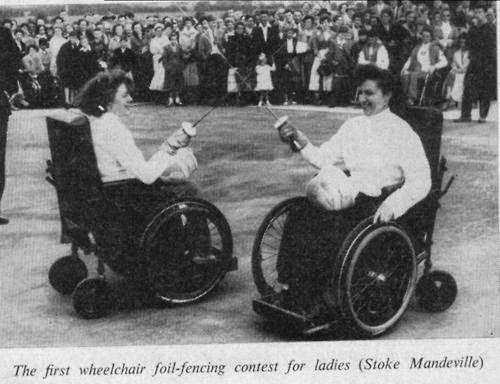 From the Cripple Club Tumblr blog.
Posted by apulrang at 5:58 PM No comments:

About a month ago, I posted a three-part series on what I see as the three main kinds of Ableism:

Starting tomorrow I will be posting some followup ideas on how to avoid and defeat the “3 Ableisms”. I’ll try to keep the tips simple, practical, and easy for anyone to implement. As always, I will also welcome readers’ comments and suggestions.
Posted by apulrang at 5:15 PM No comments:

A Little More About Shaq ...

Looking back at what I wrote yesterday about Shaquille O’Neal’s bully-style mockery of Jahmel Binion, I feel like I didn’t fully communicate how terrible I think Shaq’s behavior was. As Mr. Binion points out in the linked New York Post article, it’s not so much that he insulted an individual … though that is bad enough. It’s that Shaq modeled terrible, and really harmful behavior that affects millions of people every day who have disabilities that make them look “weird”.

I endorse pretty much all of Andrea Peyser’s recommendations, with one exception. If, in fact, Mr. Binion very much wants oral surgery, then sure, it was be nice if Shaq would foot the bill. But, I think it would be a bad idea for Shaq to focus on cosmetic surgery as an amends for his taunting. The whole point is that nobody deserves to be mocked that way, no matter how they look. Curing or masking disability is not the answer to ableism. Helping make people look more “normal” would be dodging the real issue, and in a way validating the idea that there is something fundamentally wrong with people who don’t fit conventional standards of beauty.

I don’t know whether Shaq is a particularly good writer, but if he’s at all good at it, it might be more valuable for him to right an Op-Ed on why it is wrong to judge and mock people based on their physical appearance … perhaps tying the theme in to his possible experiences as an African-American, and as an incredibly tall person. Don’t think for a minute that huge guys like Shaq haven’t experienced stigma for their size, along with fame and fortune for their basketball skills.

So yeah, I, too would like to see more than an apology.

P.S. I said it before, I can't emphasize enough how much more meaningful this disability news story is because the disabled person in question has a unique voice, with a very specific point of view.
Posted by apulrang at 5:06 PM No comments: