Smart Ass Cripple got me good. He's always funny and he really does seem to know all the interesting "cripples". My lack of commitment in high school Spanish class helped, too. But, in the era of Google, jokes like this just can't last.

Because I'm a pedantic nit-picker, I'll also say that he was a bit out of date in his characterization of disabled sports. I think now that most people picture the Paralympics more than the Special Olympics. Though maybe he was joking about that, too.
Posted by apulrang at 8:18 PM No comments:

Rep. Duckworth is getting a lot of praise and some criticism for calling out a man who apparently exaggerated a possibly minor injury that was by no normal mode of thinking service-related in order to gain advantages in federal contracting. I qualify these statements because I'm very uncomfortable with one aspect of Rep. Duckworth's condemnation.


To be clear … I think she's probably got it right about this particular guy. My instinct, too, is that he cynically used a fairly minor injury in order to exploit a loosely-structured program for his business' benefit.

However, I think it is damaging in completely different ways when one group of people with disabilities goes after another, comparing the relative severity and pain of disabilities, and especially when they go after people who "look fine", as if they must be cheating. I think it is almost more important to teach people not to judge disabilities on outward appearance or superficial evidence, than it is to catch real cheaters. The bottom line is that watching this video clip, I can't tell whether or not Mr. Castillo is in pain, or how much pain. His claim that he can't play with his kids is almost certainly ridiculous ... and yet, how do I know?

What makes the difference in Rep. Duckworth's favor here … just barely … is her ultimate point. When a handful of people really do cheat, it damages the credibility and viability of entire programs.

Still, I cringe whenever I see self-appointed disability police deciding who is and who isn't sufficiently disabled. That is a dangerous road.
Posted by apulrang at 6:28 PM No comments: 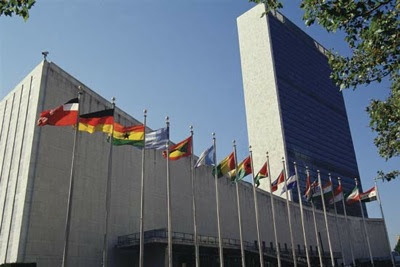 I got an Action Alert today encouraging everyone to contact their Senators and urge them to revive US ratification of the United Nations Convention on the Rights of Persons with Disabilities. Last December, the Senate voted down ratification, mainly because a significant number of Republican Senators either felt or were convinced to feel that the UN convention would have unintended consequences, mostly for parents of children with disabilities.

Specifically, a handful of conservative groups claimed that the convention would threaten parental authority and home schooling, citing a line stating that "the best interests of the child shall be a primary consideration" in whether the rights of children with disabilities are being respected.

I've started reading the convention from start to finish, and when I'm done, I'll write more if I have anything to add. My initial sense is that objections to this disability rights convention isn't about the convention itself; most of the people who oppose it oppose the United Nations itself, and many of them have a massively inflated conception of the UN's practical power.

As I read, it also seems like there are many, many more sections and provisions that would help preserve family rights and protect family integrity … that should, in fact, appeal even more strongly to conservatives than to progressives.

Finally, I really think that with UN human rights initiatives, you have to think in terms of countries where traditions and practices may be very, very different from ours. We think we're divided on moral, family, and sexual values here in the US, but compared with the world at large, conservatives and liberals here in the US are actually pretty much on the same page. I'm not saying we are vastly more moral or ethical in the US or "The West", but I do think that the disability rights standards in the UN convention are far, far more of a practical challenge in some countries and cultures than to American society.

So yeah, more specifics to come.
Posted by apulrang at 5:19 PM No comments: