The Doctor and The Guillotine

Is there anything to say about the “Tory” (read conservative) ex-Deputy Mayor and physician in the UK who said that severely disabled children should be guillotined?

Sure … a few things:

- “The Daily Mirror” is, I believe, a bit like the “New York Post”, kind of a sensationalist rag, about as subtle as a sledgehammer. I’m not sure what that suggests about how to take the story, but I hope appearing in the paper doesn’t discredit the story itself, if it is, in fact, true.

- It sounds like everyone with any connection to this guy is falling all over themselves to denounce, investigate, and penalize him in some way. That’s encouraging, but it’s also easy to do, because his remarks were so inflammatory.

- I wonder what the reaction would have been if instead of referring to the guillotine, he’d used some more medical terminology, like “euthanize” or “withhold treatment”.

The point being that this particular man is easy to throw rotten fruit at, but the level of outrage doesn’t necessarily reflect how much people reject his general point of view. Some people think some scary, repugnant shit that they rarely say out loud.
Posted by apulrang at 5:21 PM No comments:

The last time I had surgery directly related to my disability was in early January, 1977. I’m pretty sure this is correct, because I distinctly remember watching Jimmy Carter’s Inauguration on a little black & white TV on a wall bracket in a room at the Montreal Children’s Hospital.

I had all of my disability-related surgeries at the Montreal Children’s Hospital. I don’t know if that’s because it’s where all complicated pediatric cases in Plattsburgh, New York were sent at that time, or because my father had done some of his pediatric internships there. Nowadays, people from our area go to Fletcher Allen Healthcare in Burlington, VT, or the Dartmouth-Hitchcock Medical Center in New Hampshire if they need specialist stuff, but back then, I think Montreal was the place. 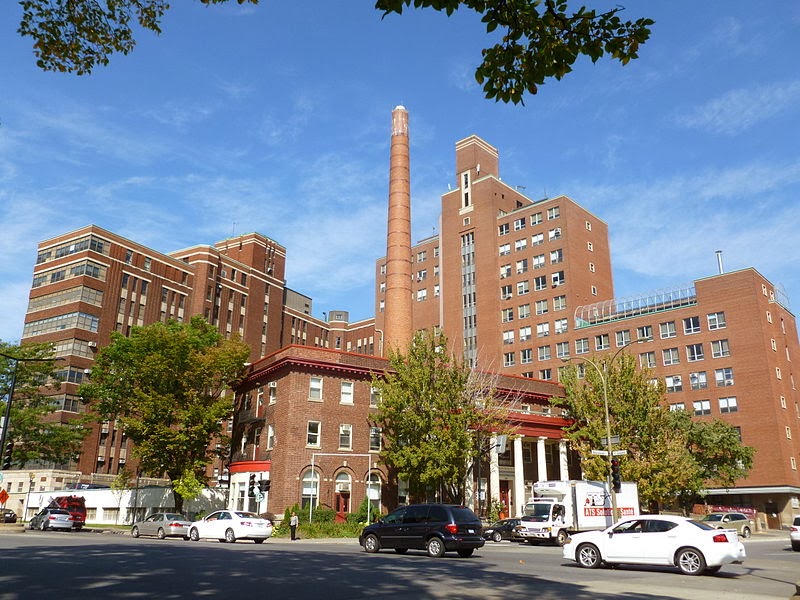 I don’t know exactly how many surgeries I had there. When I was around 8 or 9 years old, I remember finding out that I’d had like 10 surgeries to that point, several of them when I was an infant or toddler. So I’ll take a guess that the total might be 11 or 12. Strange as it may seem, I don’t think I have a definitive record of my early medical history. I think for fun I’ll get in touch with the Montreal Children’s Hospital to see if they can send me any old records they might still have. I’m also kind of curious to visit the place again, sometime before they finish the new building in 2015.

Some things I remember about MCH and my experiences there:

- By far the best thing about my yearly checkups at MCH was that we would get lunch at McDonalds afterwards … something that just never happened with my parents back home.

- The dominant smell of the place was chicken soup.

- The night before my last procedure there … extensive spinal surgery … they prepped me at 5 AM. This meant that they washed and shaved by back and covered it with a sterile sheet. And there I lay in a kind of drafty, chilly hospital room. My father came in and saw this, got pissed off, and covered me with a blanket. This caused a minor uproar because it meant they had to wash my back all over again.

- That surgery was the first time I got a taste of addiction. I hated, hated needles at that age, but after a few days I got to where I literally counted the minutes until I could have another shot of whatever powerful pain medication they were giving me. I assume they did everything right because I never got truly addicted in a harmful way, but I do remember a distinct cycle of pain followed by relief that seemed to have more to it than the actual pains in my back.

- A woman who went to our church at that time recorded herself on cassette tapes reading “The Lion, The Witch, And The Wardrobe” for me to listen to while I was in the hospital. I still reread the Chronicles of Narnia every few years.

- While I was in surgery, my parents made friends with a woman who was waiting for her daughter who was also in surgery. They had come all the way from Jamaica for the operation. I remember the mother visiting my parents and me in my room, and I think maybe Mom and Dad went to see her and her daughter in her room, too.

- My mother stayed in Montreal most of the time I was in the hospital, at the apartment of a very good friend of my parents. The place was just a few blocks away from the hospital, so Mom would walk back and forth. I remember her telling me about walking back to the apartment through a blizzard, saying that it was both scary and beautiful at the same time. Snowstorms in Montreal are like that.

I can't say I have happy memories of MCH itself, but I have some happy memories indirectly related to it, connected with that time of my life and the people around me then.
Posted by apulrang at 3:50 PM No comments: