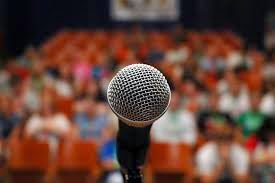 Doing justice to disability: the upside of TEDx’s Stella bungle
Gerard Goggin and Katie Ellis, The Conversation - May 25, 2015

I had a little to say in Sunday's Weekly Reading List, about the TEDxSydney controversy, but mostly I was confused. Thanks the article linked above, I'm a little less confused, and a bit more interested.

"Key to the disappointment and anger felt by many in response to #stellaschallenge is a palpable irony. TEDx Sydney calls for conversations – but doesn’t recognise that there are already many conversations, relationships, and media, attitudinal, and social transformations underway. So, rather than speaking, genuine listening is required – often the hardest thing to do.

"Fabulous as Stella’s TEDx talk is, it’s time to go beyond just resharing it. We need to really listen to it. We must acknowledge and support the many other voices of people with disabilities."

I'm still not feeling the outrage others seem to feel, but I do agree the critics of TED's inital approach have made good points. It's not just the proposed methods, but the goal itself that should be re-thought, with Stella Young's specific points of view in mind.

Why not keep it simple? Just sponsor a series of TEDxDisability conferences, in which all of the speakers are disabled people, representing a wide diversity of race, gender, sexual orientation, nationality, ages, disability types, and above all, diverse perspectives and and philosophies of disability, from the intensely personal to the hard-edged political, and all the tones, styles, and positions in between.

A new set of TED conferences sounds like more talking, less action, which is one of the problems with the original plan. However, I would argue that giving a high-profile, more or less equal stage to all of the branches and clans of he broader disability community would help us decide what our priorities really are. At the same time, the non-disabled community would learn a lot, just by listenning.