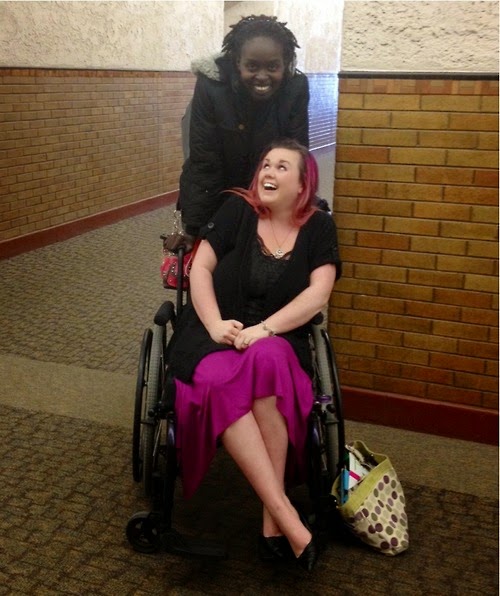 From the Wheelie Wifee Tumblr blog, via The Lame Dame.

Follow the link to a few more photos, and an explanation. You might call it Peer PT.
Posted by apulrang at 7:22 PM No comments: 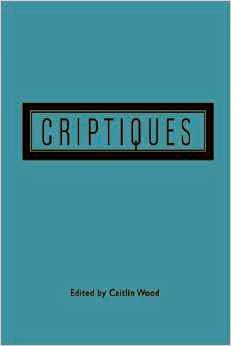 I just received my copy of Criptiques, the "crip culture" anthology edited by Caitlin Wood. I haven't gotten very far in the book, but based on Wood's introduction, I am 99% sure I am going to love it:

"Crip is my favorite four-letter word. Succinct and blunt. profane to some, crip packs a punch. Crip is unapologetic. Audacious. Noncompliant. Crip takes pleasure in its boldness and utter disinterest in appearing "respectable" to the status quo. It's a powerful self-descriptor, a cultural signifier, and a challenge to anyone attempting to conceal disability off in the shadows. Crip is anti-assimilationist and proud of it. Crip is outspoken with no patience for nonsense. Crip is my culture and where I want to be."

For months, I have been trying to figure out how to describe the fundamental differences between disabled people who are part of "crip culture", and those who even when they are generally positive and hopeful, still seem to view their disability as an unwelcome, barely tolerated guest. Caitlin Wood does such a great job of explaining the "crip culture" perspective that it took my breath away.

I can't wait to read the essays, and I expect I'll have more to say as I go.
Posted by apulrang at 6:13 PM No comments: