This morning, a disability activist here in Plattsburgh emailed a bunch of people this Op Ed piece I wrote for the Plattsburgh Press-Republican newspaper about the Americans with Disabilities Act, just before it was signed into law on July 26, 1990.

When I saw what it was, I had a moment of dread. I couldn’t remember writing it, and I wondered if it would be embarrassing. In fact, it’s not bad.

On thing I noticed is that there are actually very few people making the libertarian argument against the ADA anymore. Apart from a few think-tank theorists, hardly anyone uses the ADA as an example of government overreach anymore. That’s a good thing, but also a bad thing. It’s good that we mostly don’t have to deal with ideological opposition anymore. But it’s also disturbing because it is further evidence that most people don’t see the government as an active participant … a cheerleader maybe, but nothing anyone feels afraid of anymore.

Any residual venom seems to be reserved for a few lawyers, and for disability activists. 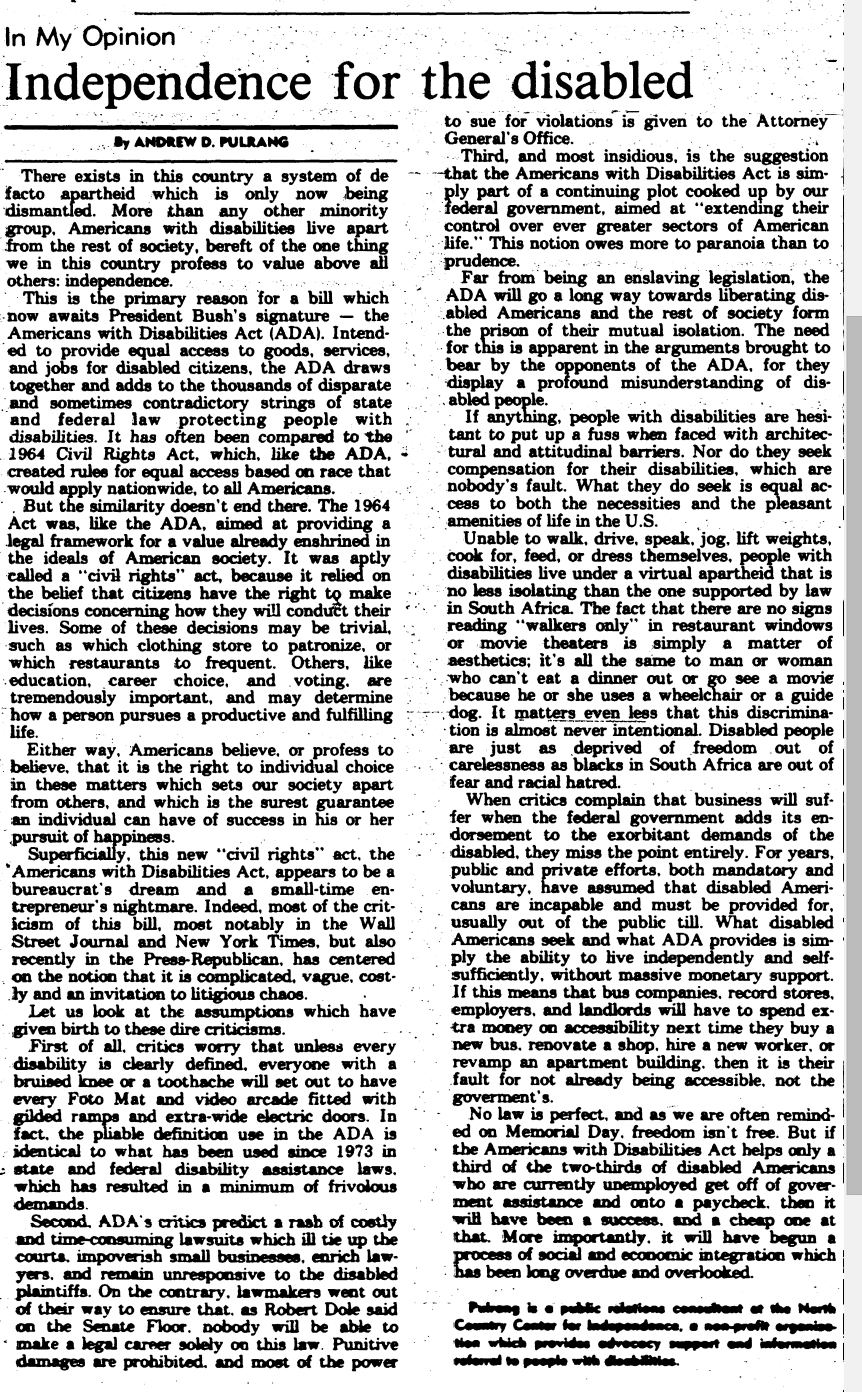