I had a great time last night talking with some fellow disabled geeks about disability in Star Trek, hosted by Erin of The Geeky Gimp. We covered a lot of ground, and basically agreed that disability in Trek is a mixed bag of good intentions, interesting ideas, and sometimes sloppy thinking about disability issues. Also, using Google Hangouts got me thinking about changing how I do my Disability.TV Podcast. Maybe a video chat is a better way to go. Just thinking ... 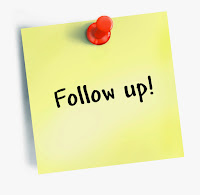 ASAN Calls For Autism Air Carrier Guidance From Department Of Transportation
Autistic Self Advocacy Network - May 21, 2015

Last week’s discussion about the autistic teenager and her family being kicked off an airliner frustrated me on two levels.

First there were the commenters who seemed to mold and manipulate this particular  incident into their preconceived ideas about overly-demanding special needs parents inconveniencing everyone else in pursuit of unrealistic accommodations for an annoying child. The fact that the flight attendants ended up providing what the autistic teen wanted in the first place, which means they could have done it right away without argument, didn’t matter to people intent on making the obvious point that an airline can’t meet every conceivable need.

Second, nobody seemed to share my concern about the teenager’s mother, (who I think was right in her advocacy), using negative stereotypes of autism to try to get what she was after. On reflection, I think she may not have been as insulting and harmful as it sounded.

Throughout the dialog … in news articles, blogs, Twitter, and Facebook … I kept wondering what the Autistic Self Advocacy Network would think. I am pleased to see that once again, ASAN has presented an issue in a strongly worded but well-reasoned press release centered on a useful response … asking the Department of Transportation for clarification of the applicable law, the Air Carrier Access Act. This is more than expressing outrage. It might actually help.


It can’t be said enough. The Autistic Self Advocacy Network is the most articulate, effective, and authentic voice for autistic people in the country, possibly the world. If you have any interest in autism from any angle and aren’t familiar with ASAN’s work, you are missing out.