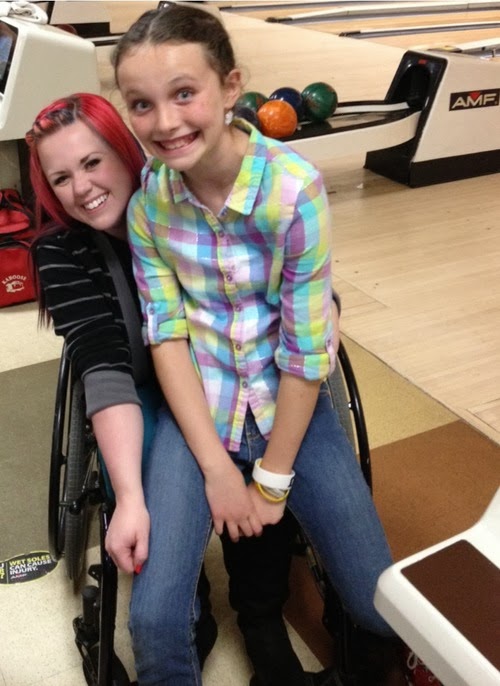 From the Wheeliewifee Tumblr blog
Posted by apulrang at 7:16 PM No comments:

I don’t only visit disability blogs and websites. I also have a list of other sites I read pretty much every day …

Wonkblog ... Part of the Washington Post website, Wonkblog offers several posts a day on current events, with a greater focus on policy, data, and how things actually work than most editorial blogs. It's a good place to find simple yet thorough "explainer" articles on current hot topics in the news. They also manage to maintain a fairly lighthearted style, while never trivializing important issues. Wonkblog is worth a look for it's coverage of the Affordable Care Act alone.

Salon.com … I’ve been reading this online magazine since the mid 1990s, though I find myself appreciating it a little less these days. I read Salon for its coverage of politics and cultural trends, and for a few of it's columnists, such as Alex Pareene and Joan Walsh.

Eschaton … I admire blogger Duncan Black’s brief style, (which pre-dates Twitter), and generally agree with his political views. He’s especially good at getting to the heart of complex issues, and isn’t afraid to repeat himself, especially ideas that don’t get enough airing.

Matthew Yglesias … A good blogger on economics from a Democratic / moderately liberal perspective. Like most of the other bloggers at Slate, he likes to explore seemingly counter-intuitive, but possibly valid ideas.

Ta-Nehisi Coates … I’m not particularly well read on issues of race, but for what my opinion's worth, Coates is far and away the most exciting, challenging, poetic writer on race, ethnicity, and gender I’ve ever read. I also find that his writings on race have affected my understanding of disability, even though as far as I know, he has never written about disability.

Balloon Juice … An important aspect of the blog’s history is that it’s founder, John Cole, started the blog in the early 2000’s as a staunch Republican, rabid Bush supporter, and loud defender of the Iraq War. You wouldn’t know it now, except that Cole applies the same passion and pugnacity to his writings as a staunchly liberal Democrat. Actually, most of the posts are by an equally excellent slate of bloggers that Cole manages. A good place to learn how to use casual language and an artful touch of crudeness in service of ideas you really care about.

The A.V. Club … My starting point for popular culture of all kinds, and a first stop for reviews on my favorite TV shows.

The Dissolve ... A fairly new website on films of all kinds, both new releases and old classics. If you like movies, and would like to know more about movie history, this is a great site to visit regularly.

What are your favorite daily Internet reads?
Posted by apulrang at 6:49 PM No comments: