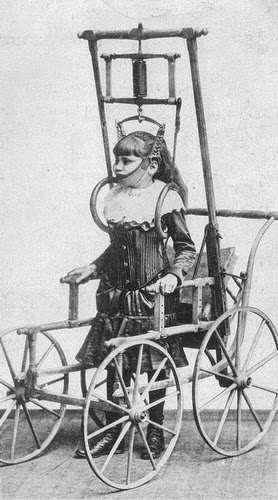 From the Onoffman: Abled-Bodies Tumblr blog, via Ramp Your Voice.
Posted by apulrang at 5:14 PM No comments:

10 Things You May Not Know about the Americans with Disabilities Act (ADA)
Ability Chicago / Disability.gov - July 11, 2014

We are coming up on the 24th anniversary of the Americans with Disabilities Act. This Ability Chicago article includes a good summary of the ADA itself, as well as some related information on more recent disability developments and trends.

Meanwhile, I am working on a blog post on the ADA, to contribute to the Disability Visibility Project, a year-long initiative by StoryCorps, culminating next year with the 25th anniversary of the ADA. I think I'll cave to the listing trend, and try something like, "5 Best Things About the ADA", or "5 Ways the ADA Helped People with Disabilities." Maybe instead I'll go negative, and list some of the disappointments of the ADA.

I am interested to read what others think about the Americans with Disabilities Act. Do you think it has "worked"? How has it helped you? Do you think things would be a lot different if it had never passed? Share your thoughts in the comments.
Posted by apulrang at 11:16 AM No comments: