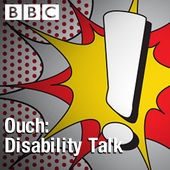 'Standing out' as a disabled foreigner in Japan
BBC Ouch: Disability Talk - September 3, 2015
The always excellent Ouch: Disability Talk podcast from the BBC recently spoke to three people with cerebral palsy who live in Japan, about what life is like in Japan for people with physical disabilities. All three live in Japan by choice, having moved there from the United States, the United Kingdom, and Canada. All three love living in Japan. They specifically praised Japan's accessibility and plentiful transportation. All three said they have much more freedom and mobility living in Japan than they ever did at home.
On the other hand, while they cited the fundamental hospitality and friendliness of Japanese people, especially towards “western” visitors, the expatriates all spoke of encounters with Japanese culture's explicit and unashamed ableism. Disabled foreigners are treated well, because Japanese people love guests and find westerners fascinating. Disability, however, is widely and openly viewed as ugly and embarrassing … an unsightly disruption to the smooth, calm exterior appearance of a deliberately conformist society. While ableist discrimination happens everywhere, in the US, UK, and Canada, there is at least a general agreement that disability discrimination is wrong, something to be frowned upon, hidden or disguised. In Japan, disability discrimination is considered natural and more or less logical. For instance, in Japan, it’s considered perfectly fine to deny a job to a wheelchair user, for no other reason than that a disabled person might be disruptive and upsetting to others.
I am fascinated that all three of the disabled people interviewed clearly love living in Japan, and feel that the country’s better, more accessible infrastructure more than compensates for the society’s often stunning lack of “disability awareness.” This has implications for the long simmering debate within the disability community between two apparently competing priorities: accessibility vs. awareness.
People who focus more on accessibility and other systemic justice issues say that if our infrastructure and laws are good for disabled people, then peoples' individual prejudices won't matter so much. Others argue that ramps and non-discrimination laws by themselves don't bring true equality, which depends in the end on how well people understand and accept disability.
My own perspective has always been on the accessibility side of the argument. If I had to choose, I would prefer a more accessible community that is less understanding, to community of compassionate people "aware of" disability, but full of physical and systemic barriers. The three people interviewed seem to agree, but I wonder if they will still feel the same in a few more years. What if the novelty of excellent accessibility wears off, while the persistent ignorance of neighbors and colleagues grinds away at your soul? Living in a wheelchair-user's paradise might not be as great as it seems to be at first.
----------
[Facebook] [Twitter] [Podcast] [Support]
Posted by apulrang at 9:17 PM No comments: