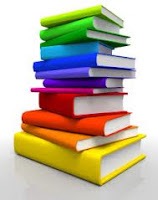 In which I try to find a link between 5 very different disability-related articles from last week ...

I chose all five of these articles because they all feed into this feeling I have about how mainstream journalists and even some more specialized disability outlets cover instances of apparent disability injustice.

A key thing I think we all tend to miss is the role of directionless stupidity and incompetence. I really think disabled people suffer more from bureaucratic confusion, and from systems too complex for ordinary people to run effectively, than we do from ableism and discrimination. Every so often, we run into people who operate from fundamentally misguided ideas about disability, and people who just can't stand dealing with disabled people. More often, though, we deal with over-worked offices led by besieged managers who above all want a bit of job security and to get through a week straight without undue stress. They don't  mean us any harm, but many of them long ago gave up doing us any real good.

A few seem to be especially rudderless dealing with people experiencing intense emotions, like the school principle who apparently couldn’t manage to say “Yes, of course let’s do it,” while explaining that the requested moment of silence would have to be carried out with due deliberation and care. How did such a simple situation get so out of hand? And I find myself sympathizing with the fed up Special Ed teacher, but also craving more concrete information on exactly what directives she is talking about.

This is all terrible, of course, but I think it's a different kind of problem from naked disability prejudice and outright corruption, which is how these incidents usually get covered.

For example, I would bet real money that in the Applebee's case, there was a miscommunication about overlapping responsibilities between the company and the state Vocational Rehabilitation program, which the Mighty article mentions but the Good Morning America story does not. It's a piss poor situation, but it may not have been anyone's intention to rob the worker, or to do so because they figured they could get away with not paying a disabled person. It may have been exactly that, but it doesn't look like anyone really tried to find out. If they did, we didn't get to know about it, and so we're left with the worst possible interpretation. All interpretations here are bad, but deliberately not paying a guy is worse than not realizing it's time to take over paying him from some other agency

At least the New York Times identified the real unfairness of the graduation story. At first, it sounded like a pissed off Mom on her high horse because her son failed ... by a fraction ... to graduate. The key isn't that he didn't get a diploma. The issue is that non-disabled students are allowed to graduate when their scores are on the borderline, but for some reason disabled students are denied that cushion. Maybe nobody should be allowed to skate by with test scores a point or two below passing, but if you're going to allow some people to do it, don't deny it specifically to disabled kids, some of whom really probably deserve a break when it comes to standardized tests. The story mentions this, but again, doesn't really emphasize it as much as the mother's anguish, which is real, but kind of beside the point.

I guess that sums up most disability journalism right now ... covering the story, but missing the bigger point.

Addendum: I forgot to mention that according to GMA article on the Applebee's flap, the company sent an apology, to the worker's parents. Did they apologize to him? This is going to be the subject of another blog post, I'm sure.