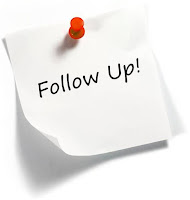 It looks like there is somewhat more credible evidence now that at least some of the concerns about Social Security Disability are warranted. $17 billion is a lot of money, though it’s worth noting that this is the estimated total overpayment over ten years.

Still, it underscores the importance of disabled people being involved, and maybe taking the lead, in reform efforts. The article mentions the agency recovering $8.1 billion in overpayments, but it costs money to recover overpayments, and “recover” means forcing beneficiaries to pay the money back, with interest. In cases of outright fraud, I don’t have a problem with that. But what about people who are disabled and just worked a few too many hours a week that never got processed properly, or who forgot to report some paychecks, or, let’s face it, maybe never fully understood the whole wage reporting / Trial Work Period / Ticket To Work apparatus and made some easily overlooked but highly costly mistakes?

That’s why simplifying the whole thing appeals to me, along with online reporting of earnings or some kind of automatic tracking that works in concert with the IRS, which gets regular wage reports already. These can sound kind of Big Brother, but I would much rather focus on improving real-time accuracy all around than go for more punitive measures that will satisfy Rand Paul and Orrin Hatch’s craving for pounds of flesh, but perhaps do little to make the system better.

And then there is the sad example of the United Kingdom, which has been putting its disabled people through the ringer for two or three years now, to try and squeeze out the “scroungers” that Daily Mail and Telegraph readers are certain plague their system.

We will need to beware of being co-opted, and of legitimizing really bogus ideas about disability, but who better than disabled people themselves to offer constructive criticism and ideas to make Social Security’s disability programs more efficient and effective?

As is so often the case, the key here is "Nothing About Us Without Us." Usually that's quoted in situations where disabled people are omitted or kept out of important discussions and decisions. In this case, it's probably up to us to join in. Failure to do so may be just as harmful as if we were being kept out.