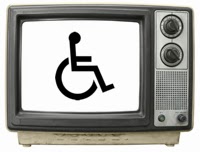 I want to talk about a scene in this week’s “Game Of Thrones”, in which Tyrion Lannister, a “dwarf” sometimes known as “The Imp”, and his brother Jaime talk about their long ago cousin, Orson, who was “simple”, a “moron”:

I can't embed the video, but click here to watch the whole scene.

Jaime: Of course! Wet nurse dropped him on his head, left him simple.

Tyrion: Nothing made him happier.

Jaime: Nothing made you happier. You’d think being tormented from birth would give you some affinity for the afflicted.

Tyrion On the contrary! Laughing at another person’s misery is the only thing that made me feel like everyone else.

Ideally, the common experience of disability would mean that people with disabilities all understand each other and treat each other with extra care, but the lure of acceptance is strong. In childhood and youth, especially, (but not only), there are rewards for pissing a little on people perceived to be less capable, less “normal" than you are, especially when you aren’t anything like “normal” yourself. I was certainly no model of disability solidarity in my youth, and I’ve failed at it more than once as an adult, too.

Tyrion goes on to explain how and why he spent so much time with Orson, trying to figure out why he sat squashing beetles all day, every day:

Tyrion: So, I went to Maester Valeric’s library. Turns out, far too much has been written about great men, and not nearly enough about morons. Doesn’t seem right!

There’s a lot more said in this monologue, and lots of meaning behind it, most of which has nothing to do with Orson’s or Tyrion’s disabilities. Of course, I was engrossed by the disability stuff itself, how Tyrion’s language is dismissive and cruel, yet at the same time showing clear evidence of a much deeper understanding and caring on his part for Orson. He may not have had quite the empathy we’d like to see, but he had curiosity, and seemed to approach Orson without biases. All jokes aside, Tyrion saw Orson as a person he wanted very much to understand … a sentiment I doubt anyone else in the Lannister clan shared.

Tyrion: And as I watched, I became more and more sure of it. There was something happening there. His face was like a page of a book written in a language I didn’t understand, but he wasn’t mindless, he had his reasons.

It seems like he isn’t saying much here, but really it’s fundamental, and it’s a bolder statement about the real depth and personhood of people with disabilities than even some close relatives and experts in the real world can manage. Tyrion suggests that it’s not that Orson was senseless, it’s that Tyrion had never been able to decode sense in him. In the context of the show, he’s saying the same about the world he lives in, which appears to be senselessly cruel … and may be in fact … but he, Tyrion believes that on some level it must make sense, if only he can figure it out.

I only hope he lives long enough.

The whole conversation stunned me, because it was so unexpected. I am even more curious now whether the author, George R. R. Martin, has specific reasons why he has made different disabilities such important elements in his stories.

I should have mentioned for the uninitiated that Jaime, too, is newly disabled, having had his right hand chopped off while in captivity. This is a pretty big issue for him since his main identity and "claim to fame" in the "Game Of Thrones" world was as possibly the best swordsman in Westeros. So in this scene, we have two brothers, each with a different disability, discussing a cousin who had yet a third different kind of disability. And arguably, they're not even really talking about disability. You just don't see that happening on any other TV show, or even many movies.
Posted by apulrang at 6:01 PM No comments:

There’s one thing that I’m sure is a factor in the ongoing debate over institutionalization and other more “sheltered” service models. People become personally invested in justifying positions that make their own choices look better. Parents of disabled children who have chosen institutionalization may have some good reasons for concern about the move away from large institutions, but I’m sure it’s also hard to hear again and again how fundamentally wrong the the entire approach is … the approach they at some point chose for their son or daughter, thinking (and hoping) it was the best. It’s hard enough to admit you have been wrong about something for years. It’s got to be especially awful to digest the possibility that a choice like this might have been tragically, horrifically wrong.

I’m not sure there’s an equivalent motivation on the other side. Yes, those of us who favor the end of institutions and segregated services feel personally about it. Some of us have been in such programs ourselves, and broader approval of our choice to leave bolsters our confidence that we made the right decision. Those of us who are disabled but have never been in more restrictive programs see others like us living such radically different lives, and we personally fear that we could end up there at any time, unless such places are phased out and closed for all time. I don’t think the self-justification motive is as strong with us, though, than it is for the pro-institutional “side”.

The other problem is that it's almost impossible in traditional journalism to deal with the more complex reasons why otherwise reasonable individuals support models that most people, on some level, feel are at best grossly out of date, and at worst cruel and corrupt.

In case you missed them, check out some other recent posts about institutionalization:

Institutionalization Followup - May 25, 2014
Posted by apulrang at 1:11 PM No comments: