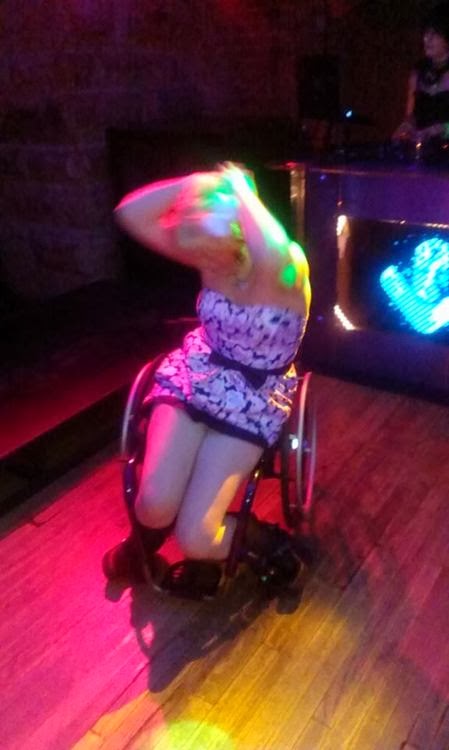 From the Tea Time For The Disenchanted Tumblr blog, via Independent And Visible.
Posted by apulrang at 7:41 PM No comments:

Once I started trying to remember my various Internet “firsts”, I uncovered all sorts of steps I’d forgotten about.

My first website went up, I think, around 1994 or 1995, almost 20 years ago. I’m spitballing here, but I don’t think that can be far off. The way I designed that first site … just a page actually ... was by viewing a personal website one of my old college friends had created, and going to the “View HTML” option of my Netscape browser. I copied & pasted the whole code, and bit by bit replaced his information with my write-ups, his photos and graphs with mine. I learned how the color codes worked, and changed them to colors of my liking. I used that basic template for a good 5 or 6 years, though the content didn’t change much. Just my brief biography, some photos, and links embedded in the bio to websites that elaborated on things like my hometown, work, favorite sports teams, favorite albums, and the like.

I started my first blog, apulrang.com, in November, 2000. I believe it was a few weeks after hearing an NPR discussion show talking about these things called “weblogs” that were like diaries you could “publish” on the Internet and would show up like nicely-designed websites. All the dating and organizing and design work was done for you. All you had to do was pick the sort of design you liked, and you were good to go. The designs were amazingly crisp and clean, and devoid of all the flashing lights and garish banners that were all over websites in those days. And, it was free.

That NPR show talked about Matt Haughey and Meg Hourihan, two of the people who came up with the whole idea of blogging, and created Blogger. They might even have been on the show … I don’t remember. My understanding is that Matt and Meg thought Blogger would mainly be used by businesses for communication and idea sharing among employees. I looked up their blogs, and followed them both for several years. That’s also about when I started to get the feeling that there was a cooler part of Internet culture that was more about content and visual creativity than about code and machines.

apulrang.com (it's gone now) consisted mostly of posts about politics and popular culture. It continued more or less without interruption until right after the 2008 Election, when I decided to take a 6 month break. The break never really ended, and it wasn’t until February, 2013 that I started another full-time blog, Disability Thinking. I still use Blogger, and I still like it quite a lot. I’m happy with the blog, too. It’s much better to have something connected with my life, but also outside of myself to write about.

It’s hard for me to understand why it took me so long to blog about disability, since I’ve had disabilities all of my life. Maybe the fact that I worked for so long in the disability field … at a Center for Independent Living … made it too much of a “work” topic. Maybe as with my in-person connections with the disability community, it just took a ridiculously long time for it to even occur to me that the Internet might be a good way to find a critical mass of cool, interesting fellow disabled people. One thing I definitely didn’t expect was to find so many of these great disability bloggers using Tumblr. I read non-Tumblr disability blogs, but the ones that make me laugh half the time, and angry half the time, are mostly on Tumblr. Another thing about Tumblr is that most of the disability bloggers I follow there are a good deal younger than I am. From what I can tell from this admittedly small sample, the disability community going forward certainly isn’t lacking in wit, energy, and swagger. I can’t express how relieved I am to discover this.

So that’s my history with blogging and the Internet. I’ve left out any discussion of the computers I’ve used and owned, and of my introduction in college and grad school to email and other pre-Web applications. Maybe some other time.
Posted by apulrang at 3:18 PM No comments: