Buy It: I, Claudius (the book)

From the Amazon.com listing:

"Considered an idiot because of his physical infirmities, Claudius survived the intrigues and poisonings of the reigns of Augustus, Tiberius, and the Mad Caligula to become emperor in 41 A.D. A masterpiece.”

This book and it’s sequel, Claudius The God: And His Wife Messalina and the BBC miniseries take ample artistic license, but Emperor Claudius really did have disabilities, most likely polio and epilepsy. Claudius is one of my historical heroes, and should be for everyone born with disabilities.
Posted by apulrang at 7:45 PM No comments: 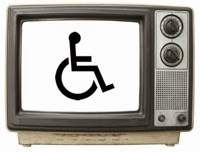 I am also planning to watch Carnivale, a series from several years ago set within a traveling carnival, and including, I believe, at least a few disabled characters who are in that carnival’s freak show.
Posted by apulrang at 12:51 PM No comments: