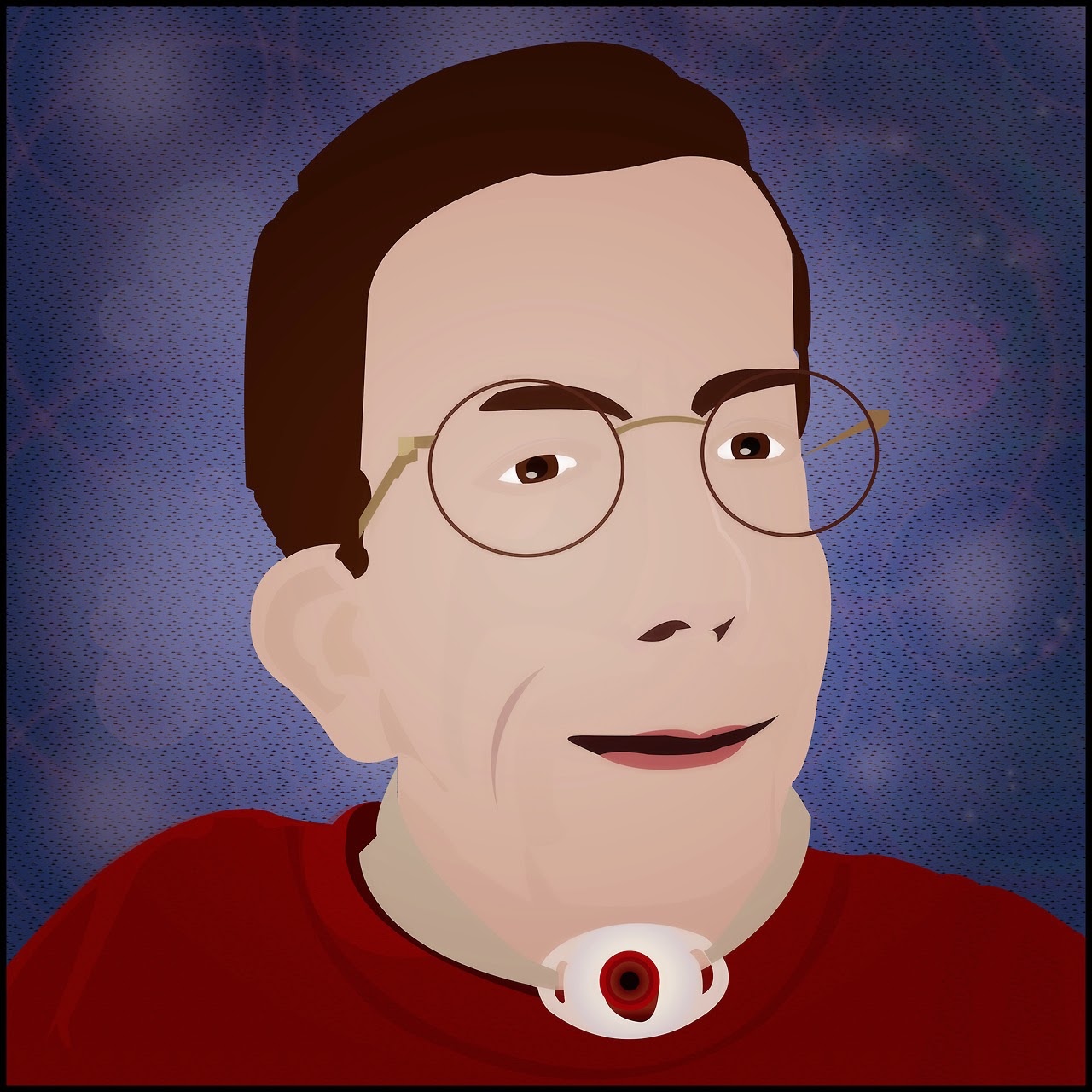 I am pretty excited by this rendering of my blog photo, done by the artist who runs a blog called Pretty Sick Art. She makes portraits of disability and chronic illness bloggers. I saw her portraits of several of my favorite bloggers, and when she offered to do them for anyone for just a donation, I thought, “Why not?” That was a few weeks ago, and I had pretty much forgotten about it, so I was pleasantly surprised to get a message this morning saying that my portrait was ready. I will be using it to replace my portrait photo on Disability Thinking, my Tumblr blog, and possibly my Twitter account as well.
Posted by apulrang at 3:38 PM No comments:

Final Thoughts On The 2014 Paralympics

Why the Disabled Do Not Watch the Paralympics … Even former Paralympians turn the dial
Alice Robb, The New Republic - March 17, 2014

I found this article in The New Republic fascinating. I think it is possible that the premise is true … that most disabled people either don’t care about the Paralympics or actively despise them. Unfortunately, the study cited to support the idea has a few problems:

1. It is British, so I wonder if Americans feel the same way.

3. The survey was confined to “32 disability activists in the U.K.” Disability activists are always going to be disproportionately attuned to media stereotyping, and their general outlook probably isn't a good indicator of what disabled people in general find interesting or fun.

Ordinarily, I wouldn’t mind any of this, and the results are interesting in any case. I wonder, though, whether the country and timing are keys to the findings.

In 2011, Britain was soaked in Olympics hype. And my understanding is that the U.K. media really hyped the rather dubious notion that the Paralympics would serve a social purpose … that they would change society’s attitude towards disabled people. If I was a disability activist inundated by such promises from the non-disabled media, I think I would be dismissive of the Paralympics, too. That doesn’t necessarily say much about the Paralympics themselves. As a sports event, they are hard to argue with. It’s when people try to make them mean something to the disability community that things get sketchy.

The survey respondents’ comments make sense to me as anticipated problems from three years ago. They expected coverage to be condescending. They worried that the athletes would be held up as “super crips”. I'm not sure about the 2012 Summer Paralympics, but I don’t think this is how the 2014 Winter Paralympics turned out. Personally, I found coverage of the Winter Paralympics in Sochi to be surprisingly light on mawkishness. As I wrote a few days ago, I think if anything, NBC and NBC Sports’ Paralympic coverage was less sentimental than its coverage of the Olympics.

I do give credit to the article’s author, Alice Robb on one point. The article is the only place I have seen a mainstream journalist refer to the “super crip” idea, or the notion that there might be something condescending about coverage of a disability sports event. These are real concerns that most people aren’t even aware of, and it’s good to have them raised here.

It seems to me, though, that the reason disabled people don’t watch the Paralympics is the same likely reason most people don’t watch … because we don’t know when they are on. The "regular" Olympics are on for hours at a stretch, day after day. You don’t have to plan your watching. Just turn on the TV at roughly the same times each day, and you’ll see the Olympic sports of some kind. With the Paralympics, you have to schedule your viewing. And if you forget for awhile, and tune in a half hour late for whatever event is on, you have missed half of the coverage for the whole day. I ended up watching less than half of the events I fully intended to watch, mainly due to getting involved in other activities, and just plain forgetfulness. If people had to plan their Olympics viewing to hit one-hour time slots in the early afternoons, their ratings would plummet.

That’s why I’m intrigued by one of the suggestions in this article … merging the Paralympics with the Olympics. It would probably be a logistical nightmare, but I love the idea of Paralympic events simply being added to the Olympic Games. I think it would raise interest in Paralympics sports overall. I wonder if it’s a serious idea under discussion?

No, disabled people aren’t all fanatical Paralympics fans. We don’t get all teary and feel super empowered watching sled hockey … no more than anyone else does watching a good hockey game. There are philosophical reasons to be skeptical of the whole thing. Yet, we do get a little bit of a thrill … just a spark maybe … seeing people we can identify with in a very specific way competing in an elite sporting event. That’s the crucial factor to me. The Paralympics don’t feel like a therapeutic activity with the formal trappings of high performance, competitive sports. The Paralympics are authentic sports, full stop. What I took away from the Winter Paralympics coverage is that while a few commentators tried to view them as some sort of rehab program, the athletes ensured that label just didn’t stick. What the U.S. and Russian sled hockey teams were doing out there was not an "activity", and the U.S. and Canadian teams were basically at war.

With better scheduling, I think the disability community could really embrace the Paralympics, come 2016 in Rio.
Posted by apulrang at 2:22 PM No comments: