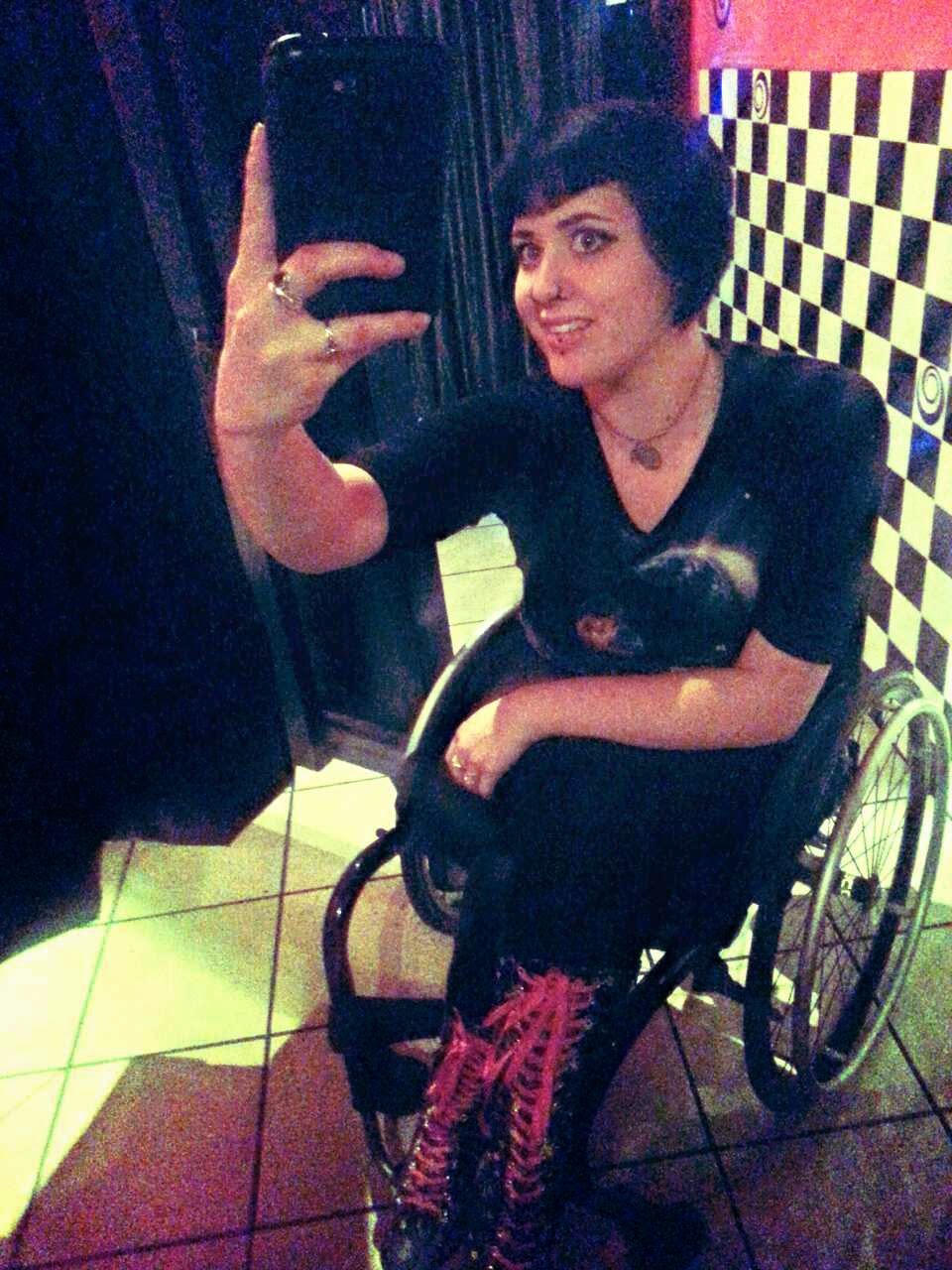 From the Tea Time For The Disenchanted Tumblr blog.
Posted by apulrang at 6:59 PM No comments:

I’ll be honest, I was looking forward most to writing about Agency, because it means a lot to me. But, it’s been the most difficult part of this series to write, because Agency is also something I have only recently begun to understand. I tried six different times to explain what I mean by Agency, and why it is so central that it qualifies as one of the three most important needs people with disabilities have. In the end, I could only come up with a somewhat random list of statements and observations about disabled people and Agency. Hopefully together they will make my meaning clear.

- Agency encompasses a bundle of internal personality traits and ways we want to be treated by others, including, but not limited to: freedom, dignity, integrity, honesty, autonomy, initiative, self-awareness, sentience, choice, independence, human rights, and respect. None of these concepts quite cover what we’re talking about. Agency is the best term I have found so far that expresses them all together.

- It is tempting to think that Agency comes with or is equivalent to adulthood. Yet, children clearly can have Agency, even if it is less developed than adult Agency. Babies may be good examples of people who have many great qualities, but may not at that stage have Agency.

- Agency is one of the things people disabled later in life miss the most. When they describe how others now treat them differently, and how they feel they have lost something subtle but somehow critical ... what they've lost is Agency. On the other hand, growing up with disabilities can make it that much harder to develop full Agency in the first place.

- When a disabled person says that they aren’t defined by their disability, what they mean is that despite their disability, they have Agency. This also implies that disability itself can take away Agency if you let it. I don’t agree with that, but I understand how many people might think it.

- When you meet a disabled person and ask them questions about their likes, dislikes, goals, and dreams ... and they answer "I don't know" … that is someone who hasn't developed, or has lost Agency. You can see it, too, in youth with disabilities who always look first at their parents before answering any substantive question.

- Lack of agency is always being the object of a sentence, never the subject. It is having things done to us, and rarely doing things for ourselves or for others.

- Agency is one of the reasons so many of us balk at being called “Inspirational”. Even though it is a compliment, it feels like a role we never accepted, an effect we never initiated. When disabled children are habitually called "angels" and "miracles", they become a little less human and a bit more like symbols of virtue, or catalysts in their parents' spiritual lives.

- Agency is not recognized when we try to understand autistic or intellectually disabled people a dozen different ways, and somehow overlook just asking them.

- Disabled characters in books, movies, and TV can tell us a lot about Agency. On "Breaking Bad", Walter White's son Flynn is a likable character with Cerebral Palsy, and one of the supposed motivations for his father's descent into a life of crime. But for most of the series, Flynn lacked true Agency. He gained it to some extent when he finally turned on his father and defended his mother. It was an amazing scene partly because Flynn for the first time demonstrated Agency.

- Agency means being main characters in our own stories, not just a supporting players in someone else's.

- When people automatically doubt our interpretation of our own experiences, when we are assumed to be incapable of properly understanding our own situations, we are robbed of Agency.

- "Nothing about us without us." is all about Agency. So is "The dignity of risk." Being liked and treated kindly helps, but it doesn't

- Not having Agency is the waitress asking, "What does she want to drink?” It is the doctor asking, “When did he start having pain?”

- Agency is what is missing when reporters write news stories about disability without speaking to or quoting disabled people.

- For Agency to be real, we have to exercise it, and others have to acknowledge it. It is a two-way street.

- Having Agency leads to better treatment by others, and more confidence in ourselves to deal with others. It even makes it easier to cope when things are at their worst.

There is probably a lot more that can be said about Agency, and about the other priorities in this series, Accessibility and Money. Please do leave your thoughts in the comments. Maybe in a day or two I’ll try to wrap this series up and figure out if it means anything.
Posted by apulrang at 6:13 PM No comments: