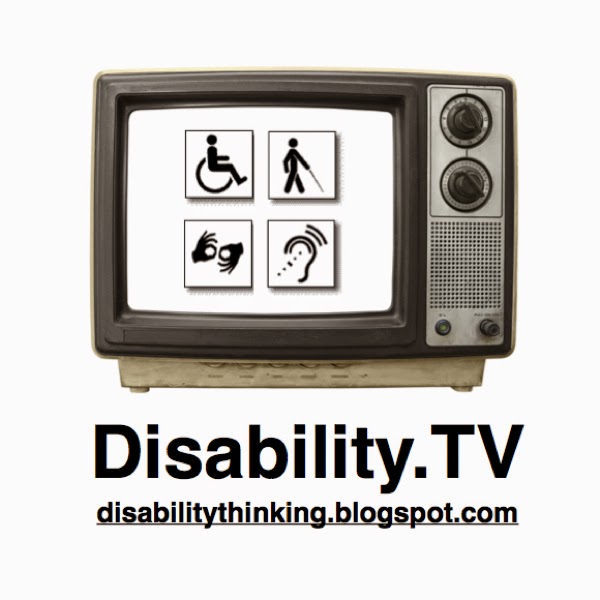 The next episode of Disability.TV is up. It’s a “Mini-Cast” in which I replay the disabled character samples from the Introductory episode, this time with actual audio, and take a little time to explain how you can support Disability.TV, the Disability Thinking blog.

Posted by apulrang at 2:22 PM No comments:

I would be more sympathetic if Oscar Pistorius' defense was that he, Oscar, is easily startled by sudden loud noises, or that he, particularly, feels physically vulnerable because of his double amputations. But that doesn’t seem to be what he and his lawyer are saying. They seem to argue that Pistorius feels extra vulnerable because of his disability ... as any amputee would feel. Instead of saying, “This is how being a double amputee affects me”, he’s saying, “This is how double amputees are”.

Aside from that, the argument may not work either way. The judge may simply not believe that Pistorius’ feelings of higher vulnerability were severe enough to justify him shooting that gun, apparently without first shouting out, “Who’s there?”, or “I’ve got a loaded gun!” And in the South African judicial system, there’s no jury, just the judge. I wonder if judges in this position are allowed to take into account the effects of precedents? Can she, for instance, rule against Pistorius partly because she’s concerned about giving license to kill to everyone in South Africa who has a physical or psychological injury … who isn’t 100% fit?

I don't have much interest either way in whether people "use their disability as an excuse" for bad behavior or failure. Sometimes disability is a factor in these things. Sometimes it isn't. Sometimes disability helps explain behavior, without excusing it. It depends on each person and their individual sum of experiences. What bothers me is when disabled people invoke and use broad stereotypes of disability in order to take the onus off themselves ... to paint themselves as typical rather than unique.

By the way, for what it's worth, I think the article is a fine example of impartial journalism. It states the arguments being made, without drawing broader conclusions or moral distinctions, as I have just done.
Posted by apulrang at 1:04 PM No comments: