In honor of the Boston Bombing survivors, one year later, I am re-posting this great video by AmputeeOT:


Most of what she says applies equally well to anyone experiencing a new disability.
Posted by apulrang at 6:42 PM No comments:

A big thank-you to the 29 people who have completed my survey on what they’d like to see in a disability-themed website. Here are some of the results so far. I have organized the top rated choices in each section … with ties grouped together. I will be using these results to help shape a more extensive Disability Thinking website. In the meantime, the survey is still open, so if you haven’t done it yet, feel free.

First Place
Second Place
Third Place
Fourth Place
Who Did The Survey?
Of The Disabled People ...
Posted by apulrang at 5:52 PM No comments: 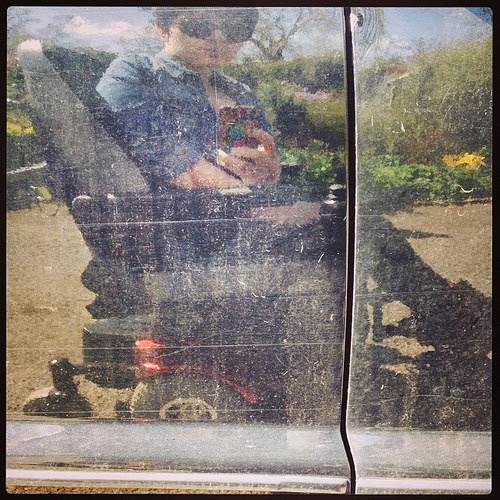 From the Disability Fashion Project Tumblr blog.
Posted by apulrang at 5:20 PM No comments: 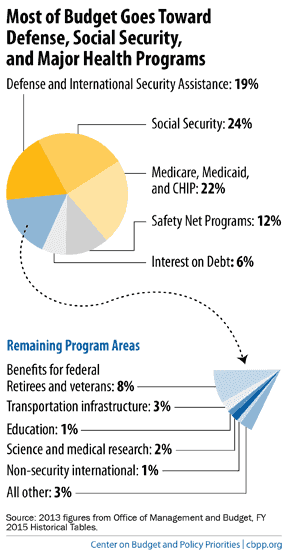 "As the saying goes, the government is an insurance company with an army — it takes care of the elderly and the sick, and it projects force abroad.”

Since today is tax day, I agree with Vox.com that it is a good time to look at the broad outlines of what the Federal Government spends money on. I am also including the chart they use, from the Center on Budget and Policy Priorities.

The quote above seems to say it all, and I must say, put this way, it doesn’t sound so terrible. The “insurance” part … Social Security, Medicaid, and Medicare I happily support. The military? Well, that’s another matter. Still, until we decide to become an entirely different kind of country, it seems like the United States’ position in the world means that the military will always be a big portion of the Federal Budget, with modest fluctuations as circumstances change.

- It is hard to pick out spending for disabled people, because most of our direct benefits are parts of the Social Security, Medicaid, and Medicare categories, plus portions of the 12% “Safety Net” category for things like Food Stamps and Housing Subsidies. This report doesn’t say how much of Social Security is Disability and SSI, and how much is Retirement, which I might try to find out.

- It has been said before, but bears repeating. Non-miliary foreign aid, shown here as “Non-Military International” is only 1% of the Federal Budget. So the notion that we ought to stop spending money on foreigners and help our people here is really kind of an empty idea. The same goes for things like government worker salaries and pensions, and paying Members of Congress. We might begrudge them their perks and benefits, especially when we disagree with them anyhow, but paying them nothing wouldn’t add much to programs we actually like, or reduce the deficit.

- Why is “Education” so low? Because this is the Federal Budget, and most day-to-day costs for public education are borne by states and localities. Federal money for Education generally goes for grants and extra supports which, again, don’t amount to much in comparison to the rest of the Federal Budget.

- Where is Obamacare? It isn’t here yet, in a chart of the 2013 Federal Budget. Next year it will probably be split between the “Medicaid and Medicare” category, and maybe have a category of it’s own for the subsidies people will be getting to buy private insurance.
Posted by apulrang at 3:48 PM No comments: