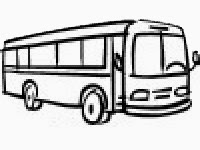 There are probably people who understand the value of accessibility, but don't realize just how galling this particular story is for wheelchair users. It’s annoying enough when a new business “forgets" to factor in accessibility, then begs forgiveness because they’re new, just starting out, struggling, whatever. But this is an intentionally high-end company that actually bought some wheelchair accessible buses, then intentionally removed the accessibility features. I don’t think they did so because they didn’t want wheelchair users to ride their buses. I suspect it really was all about space. Where else were they supposed to put those juice bars?

I think there’s also some unconscious ableism at work here. Underneath whatever legal calculations the company might have made, gambling on their interpretation of the ADA, I’ll bet there were at least a few thoughts along the lines of: “How many wheelchair users are going to want to take an expensive, luxury bus to work anyway?” Because disabled people don't get cool, high-salary jobs, and we don’t really care about nice things, even if they do reek a bit of embarrassing hipsterism.

Of course, it’s also entirely possible that at least one person at the company thought, maybe for a few seconds: “Wheelchairs take up too much space anyway …” Seriously, don’t you think that thought went through somebody’s mind, even if they never put it into words?

I usually don’t wish failure on startup businesses. However, I hope for the sake of precedent that what the company did is found to be an ADA violation, and that this sets off a chain reaction leading the whole enterprise to go bust. I’m sure the resulting damage to the Bay Area economy will be quite … limited.