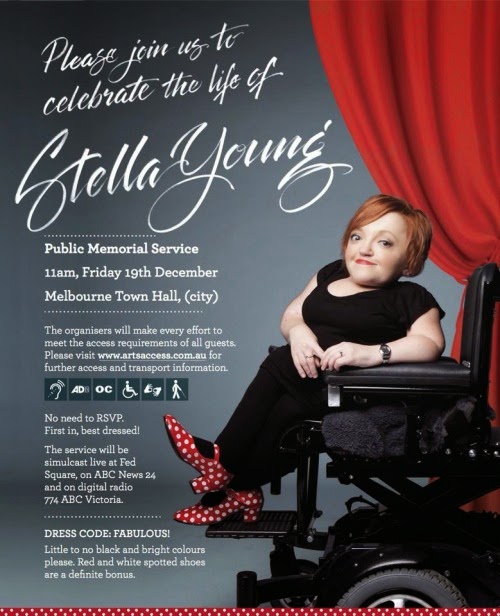 Via the CP Shoes Tumblr.
Posted by apulrang at 5:58 PM No comments: 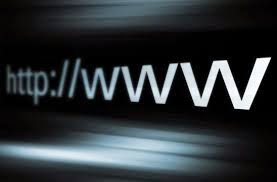 I just set up a separate Facebook Page for the Disability Thinking blog and the Disability.TV podcast. The “Facebook” tab at the top of the blog now leads to the new, dedicated page.

Now is probably a good time to remind readers that Disability Thinking has four distinct outlets. Here are the links:

Podcast
Posted by apulrang at 12:37 PM No comments:

Email ThisBlogThis!Share to TwitterShare to FacebookShare to Pinterest
Labels: Housekeeping

The Boy With The Cane. Or, What The Heck Is A "Pool Noodle"?

School punishes blind child by taking away cane and replacing it with a pool noodle
Fox2 Now St. Louis - December 17, 2014

So, first I had to look up what a “pool noodle” is. Turns out it is a long, thick, semi-flexible “stick” made of squishy styrofoam, used as a toy or perhaps a sort of float by kids in swimming pools. Looking at pictures of “pool noodles”, I can see right away what the school staff were thinking. It’s long and semi-rigid, so it could, in theory, provide some of the sensory feedback of the canes used by blind people. At the same time, it is made of a material that can’t really hurt anyone, even if used as a deliberate weapon. I’d bet real money that there is at least one person at that school who really, honestly thought they had come up with a brilliant solution to a perceived disciplinary problem.

Of course, one suspects that the “problem” was either overblown or nonexistent. Dakota’s parents say it was all a misunderstanding … that the bus attendant might have seen him raise his cane and assumed it was to hit someone.

To me, this isn’t the issue. Dakota is still a young boy. It’s entirely possible that on occasion, he’s used his cane in questionable ways. It’s also possible he’s still learning how to control his cane, and not accidentally bump it into people or trip them up. The point to me is that the school should have a more thoughtful set of guidelines and procedures for how to deal with Dakota if he should misbehave, as most 8-year-olds misbehave from time to time. And a central tenet of any disciplinary plan should be to never take away an assistive device a child depends on for independence and mobility. This would apply to canes, crutches, a speech device, a wheelchair, or any other equipment that helps them with their particular disability.

It seems to me that part of the formula for kids like Dakota should be some sort of peer counseling “real talk” where someone he trusts … maybe a blind adult ... tells him, as a friend and ally, that assistive devices should never be used as weapons or to cause mischief. Teach disabled kids that they have an absolute right to their devices. They are not revokable privileges like a cell phone. But they also have a responsibility to use and look after their devices with great care. That seems like an essential bit of “growing up” that disabled kids, in particular, have to do. In a way, it’s part of learning self-advocacy.

As a side note, I found it kind of appalling that apparently, the cane was supplied by the school, which is one of the excuses the school used for taking it away. I suppose it’s good they provided the cane, if Dakota’s family can’t afford one, but also reminds me of all the ridiculous angst some school administrators go through over fears that school-provided assistive devices will be “misused” … including being taken home. Especially with something like a cane, whoever pays for it ought to just give it to the person who needs it, with no strings attached.

Update: Via @SFdireworlf, Dakota's school district apologized for taking his cane away. 1. I hope the district also agrees on a disciplinary policy that excludes confiscation of adaptive devices, and 2. I hope Dakota gets a cane of his own.
Posted by apulrang at 11:51 AM No comments: