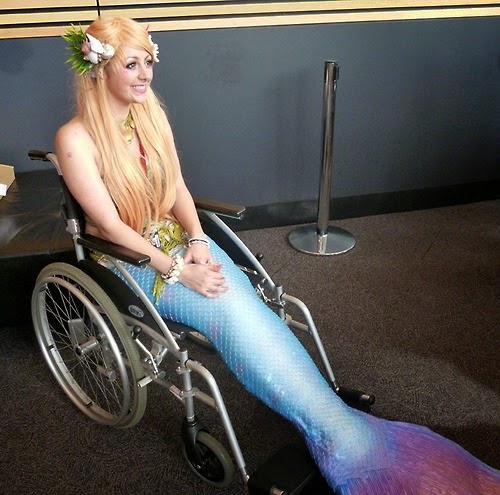 From the Sooo Yeah, Anyway Tumblr blog, via Independent and Visible.
Posted by apulrang at 5:57 PM No comments: 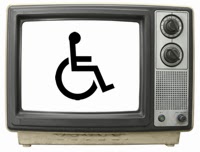 This is what one of my favorite TV critics, Mo Ryan, wrote about the new NBC sitcom, “Growing Up Fisher”:

"This show is formulaic, slightly frantic and relies too much on unearned sentiment. Every line rings false and every character feels contrived (Henry's best friend is a cartoon-y character straight from a grating 1994 sitcom). Jenna Elfman is wasted in an undercooked role as Henry's mom, and this is a weird gripe, but I'm very tired of comedies (like "Fisher" and "Mixology") that are overlit. What, you want us to be able to clearly see that the shows aren't very funny?”

That sounds pretty bad, and I’m not going to leap to the show’s defense. I’m not quite ready to give up on “Growing Up Fisher” … I’ll probably watch a few more episodes at least to see if it becomes more interesting … but it certainly feels generic to me. It’s the opposite of so-called “prestige” cable dramas like “The Sopranos”, “Mad Men”, or comedies like “Girls” and “Veep”. It looks and sounds like it has been lifted from the early ‘90s. The characters are quirky, carefully not too quirky, strange, but familiar enough that they will never cause confusion or real WTF moments. The show isn't bad, it’s just not very good. I can imagine many people flipping channels and settling on this show. I can't imagine anyone thinking, "How many more days until the next episode?"

I do have some thoughts the only thing that is potentially interesting about the show ... the main character's blindness. Mostly, I have questions:

- Is it remotely realistic that a middle aged man, blind from early childhood, could, or would, keep his blindness a secret all through his adult career? Will the secrecy theme serve an ongoing purpose, now that it looks like he’s “coming out” as blind?

- Will we get to find out why Mel originally kept his blindness a secret? Did he have bad experiences with teasing or discrimination as a child? Did someone convince him early on that blindness looked bad in the professional world? Did he get wrong-headed advice from questionable experts? Was he just plan ashamed? If so, what made him decide to be more open about being blind? Will that be a difficult adjustment for him? He seems like a very confident man. Will that be shaken by how people react to his blindness?

- The main joke about Mel’s blindness, other than hiding it, is that he takes great pleasure in doing things you would least expect a blind person to do … like driving a car or cutting down a tree with a chainsaw. I suppose that’s better than if they depicted him as clumsy and accident-prone, but I wonder if they will dig into that a bit deeper. Will Mel start to find that while its cool and impressive to water ski or skydive or whatever, it’s more useful to be able to do ordinary things and not depend on your 10 year old son all the time? It seems like they are going in the right direction for something like that, but I can’t tell if they’re going to make the most of it.

- The most interesting part of the first episode was Mel’s young son Henry feeling like he isn’t needed anymore when Mel gets a guide dog. I hope the show continues to explore how Henry has acted as his father’s helper, and how it changes their relationship when Mel starts to be more independent and open about his blindness.

- It seemed like the was a slightly novel twist on the old idea of fathers who tell the same old stories about their childhood hardships, with Mel telling his kids that they can achieve anything, after all, “I went to law school blind!” His daughter Katie, who seems to be a 16 year old, seemed for a moment like she was about to answer back by asking why that’s supposed to be such a feat, but she didn’t. I really hope Katie will be someone who sees through Mel's heroic, over-achiever facade. It wouldn’t be insulting to disabled people, it would be a joy to see a tired cliche taken down a peg.

- Mel just comes home one day with a guide dog, surprising everyone. In real life, you can’t just go and buy a guide dog. It takes months of arrangements and training, something his family would have had to know about. Okay, maybe that’s a nerdy detail that’s fine to gloss over for story purposes. But the disability experience is all about details like this that are massively important to disabled people, and quite unfamiliar to non-disabled people. If you’re going to show what disability is like, and do more than make jokes about it … which the writers of “Growing Up Fisher” seem to want to do … then do it right. Above all, don't be afraid to explore the very real dilemmas of living with a disability. A positive, progressive portrayal doesn't have to imply that life with a disability is problem-free.

Which leads me to ask a more general question about disability on TV. The disability community has talked a lot about how rarely disabled actors are hired to play disabled characters. What about hiring disability consultants? “ER” famously had it’s medical consultants, why not hire a blind person to provide ongoing advice and “disability direction” to a show like “Growing Up Fisher”? I would imagine such a consultant in the writers room would have said a few times, “Yeah, that would never happen”.

A blindness consultant could also help the show take full advantage of it’s disabled character. There’s a lot to explore here, and it doesn’t all have to be deadly serious, either. There’s plenty of room for humor with a heart, and a mind. I’m just afraid that the show’s creators either don’t know what they have, or are too afraid to use it.

That seems to be a common problem with disability on TV.
Posted by apulrang at 5:14 PM No comments: