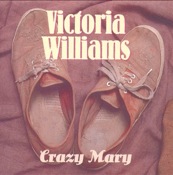 This song was written by Victoria Williams, a 1980s / '90s folk singer who in 1994 developed Multiple Sclerosis. Pearl Jam gave the song wider exposure when they covered it on the "Sweet Relief" album, a collection Victoria Williams covers by several '90s Alternative bands … which benefitted Williams. I remember that the liner notes explained about her MS, and the fact that she lacked health insurance.


"She lived on a curve in the road, in an old tar-paper shack. On the south side of the town, on the wrong side of the tracks. Sometimes on the way into town we'd say: "Mama, can we stop and give her a ride?" Sometimes we did but her hands flew from her side. Wild eyed, crazy Mary." 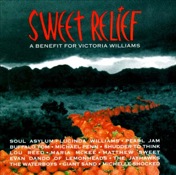 I don't know if this qualifies as a "disability song", but the character of "wild eyed, crazy Mary" does seem to fit the vague role of "village person with a disability" (there's another, more familiar term for that, which I won't use here). The song is a lovely but haunted sketch of being young and poor in a rural American town, and Mary is just part of the landscape. She's not "normal", but the child who sees her is drawn to her, as to any mystery. She's an alien presence. It's not a happy portrayal, but its more curious than sinister.
Posted by apulrang at 4:59 PM No comments: