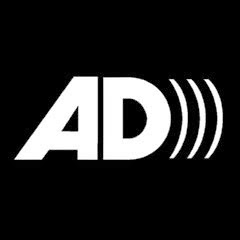 One good thing about terrible, self-sabotaging decisions by high-profile corporations as that they can usually be reversed very quickly, with the right kind of targeted advocacy. This appears to be a great start, and I am especially glad Netflix won’t stop with just Daredevil.

Congratulations to all the bloggers and petition signers who helped make this happen. And biggest thanks to the folks at the Accessible Netflix Project, who have been working on this literally for years.

Another Case Of Neglect ... What's The Story?

Confronting another attempted murder of disabled man
Elena Rose Levy, Angelic Eve: Where Snakes Are Not Scary, Neither Am I - April 12, 2015

What to do with another disability neglect story?

Let’s start by noting that the way this story is covered, “this young man” has no name, and no thoughts or information about what has happened to him. I understand that his CP is on the “severe” end of the scale. He’s apparently unable to speak, though with CP, people could easily be mistaken about his ability to communicate. As for his name, it’s possible his aunts have asked for the moment that it not be released, as a way to protect his anonymity. But in this case, it seems like a weird choice, since his mother’s name is now public knowledge.

Let’s also note how “suffers” is used in the story, not to describe what happened to “him”, but as a simple, habitual modifier to Cerebral Palsy … as in “suffers from Cerebral Palsy”. It seems very likely that “he” has suffered a lot, but more from his mother’s neglect and bad choices, not necessarily from his CP.

All that is technically a meta-conversation about journalism, and not precisely what the big story is here. But as I have said before, these journalistic habits subtly reinforce the kind of thinking about disabilities that contribute to these kinds of terrible incidents. When you assume people who have certain kinds and combinations of disabilities as little more than inert teddy bears or giant Tamagochis, it’s actually not that long a walk from, “How dare you neglect him?” to, “What’s the point anyway?” Put another way, whether motivated by kindness and pity, or by selfishness and ignorance, removing a disabled person’s agency and personhood is harmful, sometimes deadly.

To me, this story is also another in a long, depressing line of stories about the all-or-nothing mindset many families have about “caring for” disabled “children”. They think they only have two socially accepted choices. They can either devote the rest of their lives to caring for the “child”, or they can “put” the child in an institution. They see no middle ground, and certainly don’t seem to ever imagine their son or daughter having some agency for themselves, and living at least somewhat independently with their own support services, and not dependent on family.

Finding both institutionalization and life tied to an adult child unacceptable, some of these parents get weird and self-deluded, and abandon them, or kill them, telling themselves that it’s a mercy for the disabled person, or leaving a blanket and a Bible, equally useless and pathetic gestures. Of course, it’s also possible that in some cases, perhaps this one, the parent involved is just massively selfish or stunningly ignorant. We are angry at them for shirking their responsibility, but then we think maybe it wouldn’t have been any better for them to keep providing what was probably terrible care in the first place.

What pricked my emotions more than the news story itself was Elena Rose Levy’s blog post, where she notes that being physically abandoned is a common nightmare of so many young disabled kids and teens. I don’t remember having that specific fear. I do remember often feeling physically vulnerable and dependent in a way most of my peers did not. There was a long stretch of time when I think I saw my world as narrower, my life choices limited, because of a vague feeling that I would always need “care”, which meant that I had to be careful to be a certain way in order to secure that care.

Which brings me back to the issue of this nameless 21 year old “child’s" point of view. I kind of appreciated the blunt comments from the neighbor lady in the news story, but I want to know what the the disabled guy actually thinks. I guarantee, he thinks something worth hearing about.