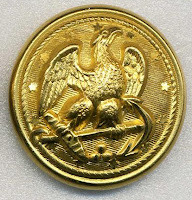 Hello, I'm back from my blogging break.

I have never done this before on my blog, and I probably won't do it often, but I strongly urge readers to support a Kickstarter fund raising campaign for a documentary film about the Civil War Invalid Corps and the Battle of Fort Stevens. This filmmaker is Day Al-Mohammed, who is well known in the disability culture and activist community. I know her through the disability blogging and social media community. Day works in Washington, DC as a policy analyst, so this project seems like a personal passion for her.

The Invalid Corps was a section of the Union Army in the Civil War, manned by wounded soldiers. These are soldiers who chose to keep serving and fighting, even though they had permanent disabilities like amputations, blindness, and what we would today call Post Traumatic Stress Disorder.

Let me quote Day on why this subject and project are important to her:


"Uncovering these heroes is a personal passion of mine. As a woman with a disability, and as a volunteer with the US Coast Guard Auxiliary, I feel a kinship with their need to serve and their desire to do what they could. After more than 15 years working on disability policy issues and working with youth with disabilities, I have seen how important it is to see people like yourself - models and mentors. Disability doesn't just exist today, but existed in the past."

"This is a lost history of men who sacrificed for their country and then chose to remain on duty; of men who chose to continue to serve with a disability. It is a story that should be told, not just from a historical standpoint but to understand and recognize the efforts of men and women in uniform today."

This project pushes all of my buttons, in a good way. I was a history major in college, and I am still a history buff today. In fact, the Civil War is one of my favorite subjects. And like Day, I am disabled, so this project has personal, crossover appeal for me.

I am making a pledge today. I hope lots of readers will, too, and spread the word, especially among your friends with disabilities and their families. As you probably know, you don't have to pledge a lot to make a difference. But do it now, because there are only 14 days left to go in the campaign, and the way Kickstarter works, they only get the money if they reach their $7,776 goal.