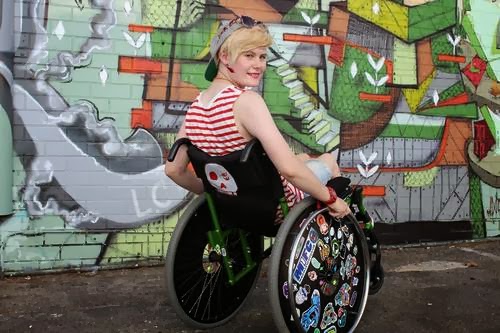 From the CP And Me - A Tale Of A Trex Tumblr blog, via Wheelchair Problems.
Posted by apulrang at 4:23 PM No comments:

Is It Okay To Call Myself “Disabled”? 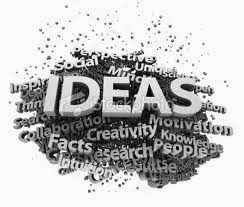 Lately I’ve been seeing a lot of angst on disability and chronic illness blogs about what people can and can’t call themselves … what groups they should and shouldn't claim membership in. Part of it is people wanting to get it right, and part of it is that people seem unduly worried about some anticipated shaming should they get it “wrong”.

I’m not sure what happened. Maybe people have been burned in comments sections or Tumblr discussions. Maybe our college diversity programs and disability studies departments have educated people just enough for them to be scared to death, but not enough to carry on a safe, respectful, open discussion. I feel like people need to take a breath or two and relax a bit about labels and group membership or classification.

Emotionally, my advice is: Calm down fer fucksake!

Having unburdened myself of that, here are a few more thoughts that I hope might be useful or at least not harmful:

Most of the people I’m referring to here have some kind of “conditions” … physical, mental, or both … that they think might “count” as a disability or as a chronic illness.

They don’t want to claim either label inappropriately, because it will be perceived as “appropriating” another group’s identity, which is viewed as terribly insulting and deeply embarrassing when called out.

People are aware of this concept of “privilege”, which seem to some people like another rhetorical land mine that could blow up at any minute, if someone perceives that their problems and barriers are just way less significant than their social or economic advantages.

They may also be naturally, internally doubtful about whether they really want to think of themselves and identify themselves as “disabled” or “chronically ill”. If you are at a stage where you are seriously wondering if you belong to one of these groups, then you haven’t yet crossed that line, and crossing it on purpose is a big deal. It can be an enormous relief, or it can feel like an admission of defeat.

All of this would suggest that maybe there are no legitimate concerns at all about privilege, appropriation, or inappropriate labeling. The problem is, there are people who are truly on the wrong track regarding what disability and chronic illness are. Some have interesting but ultimately empty theories about how “everyone has some kind of disability”. Others have an agenda to expose posers, or debunk whole categories of disability. So, there is some justification for those of us who are disabled or chronically ill to be at least somewhat vigilant about the terms of these identities.

On the other hand, it’s hard and unfair to be too vigilant. The entire subject of physical and mental impairments or conditions is messy and full of gray areas. There are few, if any sharp distinctions or usable rules to determine who is or isn’t “disabled” or “chronically ill” or “a spoonie” or whatever.

If we want people to accept us on our own terms, we ought to be prepared to accept other people on theirs, even at the risk of misjudging people or situations from time to time.

There ARE, however, some common-sense boundaries between conditions that put a person in one or more of these groups, and those that are just personal attributes. One good question to ask is whether the condition you are looking has a large influence on your day to day life. Do you have to think about it and plan around it every day, or several times a week? Do you have to do things differently from most people because of the condition? If so, then it may very reasonably be called a disability or chronic illness.

No matter what your conditions are, how you label them or yourself is, in the end, up to you. People are free to agree or disagree with your decision. Some may even be angry or aggressive in trying to persuade you to see it their way, or to make you feel bad about your interpretation. But it’s up to you, provided you are at least in the ballpark, using a common-sense perspective as described above.

In the meantime, try to listen to everything people say, check yourself for personal agendas and prejudices, don’t take things too personally, and don’t be afraid to say what you want to say … and ask what you feel you need to ask.
Posted by apulrang at 3:51 PM No comments: