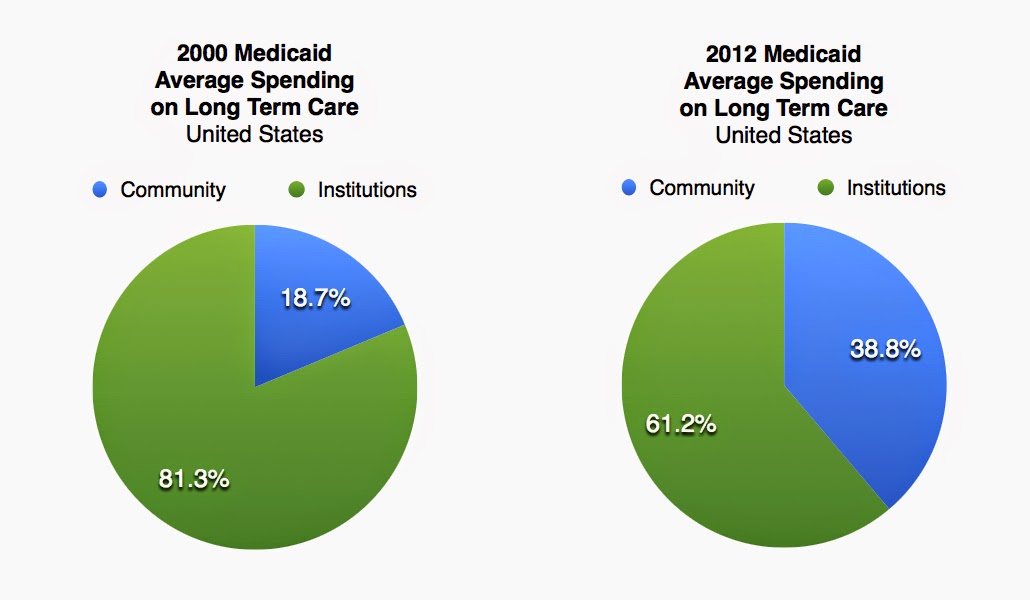 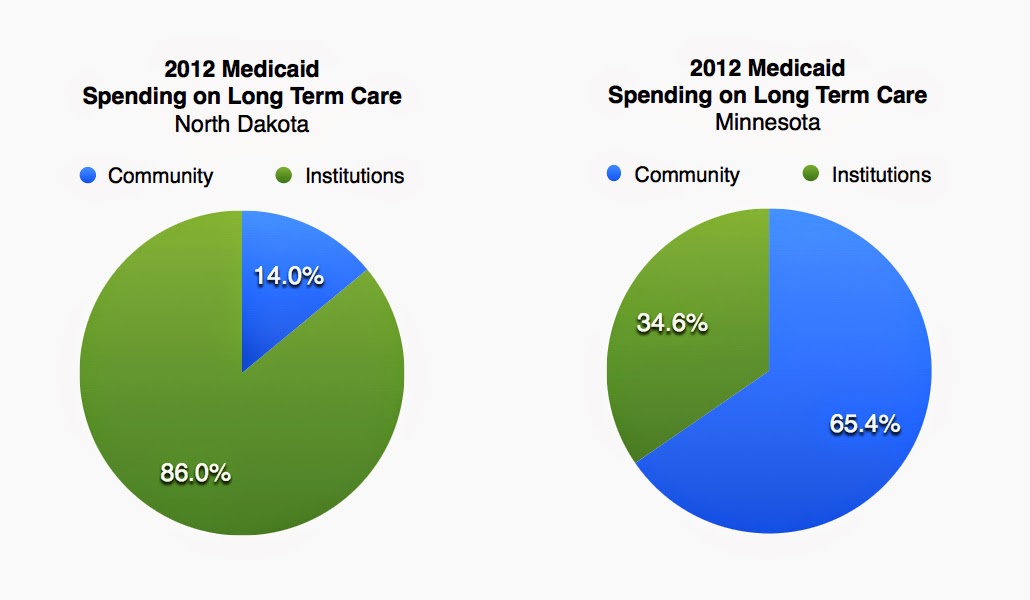 What it means for people is that more of the people who need long term care … children, young disabled adults, and people with disabilities from age … now are able to get it in their own homes, and fewer wind up in nursing homes or other institutions against their wishes. That is progress, and it’s far more dramatic than any chart can fully demonstrate.
Posted by apulrang at 6:33 PM No comments:

A Little Moxie Summer Blog Hop - "My Connection with Disability: An Introduction" 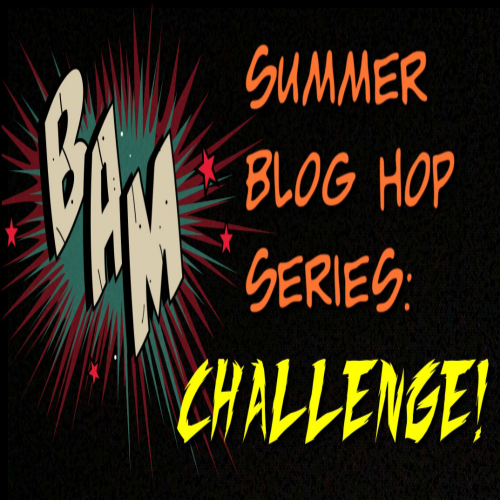 This is my first contribution to the "A Little Moxie" Summer Blog Hop.

My connection with disability is that I have disabilities. Actually, I have one underlying genetic condition called Arthrogryposis, which produces a variety of impairments.

That doesn't mean that I have always connected with my disabilities in the same way. Looking back, it seems like I have gone through four phases in my understanding of disability:

I can’t remember a time when I didn’t know that I was physically different from most other kids, and it feels like I always associated this with words like “handicapped” and later “disabled”. When I had to have surgery, intensive physical therapy, new braces or orthopedic shoes, I would focus on my disabilities for a brief window of time. Mostly, I ignored them while adapting to them. That is, I never tried to act like I could do everything non-disabled kids did … I didn’t ignore my disabilities that way. But I didn’t think about my disabilities or excessively worry about them during times when nothing in particular was happening with them. Until my Senior year in college, for the most part, the topic of disability in general bored me.

I was a Senior in college in 1989, the year that students at Gallaudet University made national headlines with an extremely effective protest that resulted in the appointment of Gallaudet’s first Deaf President. Gallaudet is the nation’s premier university for the Deaf, nearly all of its students are Deaf, and their protest was the first time I became aware of people with disabilities focused on disability but in a militant and empowering way, not pleading or pitying. This was the era when Jerry Lewis was still broadcasting a popular and admired telethon fueled on tears, sad photos of bereft children, and the catchy by in retrospect creepy concept that kids and adults with Muscular Dystrophy were “Jerry’s Kids”. This was disability activism in my eyes, until I saw the Gallaudet uprising. It’s important to note that it was not at all the first mass protest by disabled people in history, just the first one I knew anything about. My attitude towards my own disability started to change then. I began to realize that there might be a connection between a part of myself I sort of despised … my disabilities, and something I had come to love, political thinking and activism. I still didn’t do anything about it right away, but for the first time I could envision another way to think about disability that was both personal and political.

A few years later, after writing a Master’s thesis on depictions of disability on television, I learned that a Center for Independent Living had opened in my home town. I didn’t know what a CIL was, but I soon found out, and got a job there after doing a summer internship. Over the next 23 years I went from a staff position to being Executive Director. No matter what position I held, however, the important thing is that I got to know literally thousands of people with all kinds of physical and mental disabilities, from every conceivable background, with a variety of strengths and human frailties, and facing social, physical, and sometimes most significantly … financial barriers to independence and fulfillment. This experience broadened my horizons, and gave shape to my understanding of things like ableism and discrimination, body shame and acceptance, trauma and empowerment, and how disability crosses with race, gender, education, and economic status. I also developed strong convictions about long term care, education of disabled kids, and the importance of policy in affecting the lives of people with disabilities. And, I got very tired, and very burned out. Worst of all, from my point of view, I started to feel cynical about the people we were trying to “help”. It seemed like “we” in the Independent Living Movement were more interested in independence and empowerment than the people with disabilities we met in our communities. For that and other reasons, I stepped down from my position, and started “disability blogging”. Physically, I needed to rest. Mentally, I needed to refocus and recharge … or else cut my connections for good and do something else entirely.

Blogging turns out to have been the perfect choice. I went in thinking that there were few good disability-related websites and blogs, and instead found not one, but several vibrant disability blogging communities that restored my faith in the disability community, and my humility about having all the answers. I found parents of kids with disabilities, whose blogs provoked me, challenged me, and gave me new insight into my childhood and family. I found younger people with disabilities … teens and young adults … who seemed to perceive no great contradiction between complaining when disabilities got hard, calling out ableism in everyday life and culture, and being awesome in their disabled bodies and minds. There are lots of 25 year olds who are more comfortable with their disabilities than disabled people twice and three times their age. I also found that my ideas of disability weren’t necessarily state-of-the-art anymore. Some aspects of newer thinking about disability I have a hard time with, but for the most part, new formulations and ideas have energized me, and given me a renewed respect for disabled people of all sorts who do what they must to survive and thrive.

Finally, this journey has brought me to the point where I feel both more comfortable with my own disabilities, and more unsettled and curious … in a good way.
Posted by apulrang at 1:26 PM No comments: