The New York Times has followed up its very good article on the Justice Department’s agreement with Rhode Island on changing the practice of Sheltered Workshops and Day Programs, with an even better Editorial in support of it.

If nothing else, the Editorial should be treasured for describing segregated employment and service programs for intellectually disabled people as “serfdom”. As a history buff, I don’t really think “serfdom” is an accurate description, but it’s close enough and it is emotionally, if not technically accurate. It is especially apt since serfdom, though not quite slavery, did basically trap people in jobs decided by others. It was also underpinned by an assumption that serfs’ occupations were their natural lot, and it was legitimized by a veneer of benevolence. Serfs were to be grateful for being taken care of by their lords who were supposed to be responsible for them, not just exploit them.

People who defend Sheltered Workshops usually use a combination of one or more of the following arguments:

- Sheltered Workshops provide a job-like experience, and a little pocket money, for people whose disabilities are so severe that they could never make it in a “real” job, so it is better than sitting idle at home. Part of this argument is that those who despise Sheltered Workshops just don’t understand how disabled these people are. This may actually be true, to some extent. On the other hand, the same kind of argument has been made numerous times to justify slavery, serfdom, and other exploitative models. "If you knew what wretches these people are, you wouldn’t turn your nose up” the argument goes.

- Workers in these programs are often paid less than Minimum Wage because they aren’t as productive as “normal” workers, and their pay is calibrated to reflect their actual productivity. It is argued that paying everyone Minimum Wage, even those with extremely low productivity, would make the model unsustainable.

- Ending the practice will result in people being worse off … without any kind of job, no earnings at all, and disruptive lives for people for whom disruption of routines is especially harmful. Of course, there are better ways of accomplishing the same goals. But, even worthwhile revolutions are hard. They are sometimes also necessary.

It may be worth noting that historically, the end of serfdom led for most serfs to systems that were only barely improvements … such as sharecropping and factory labor, which brought a slight increase in income, but arguably less security.

But, would we really trade back? Freedom can be rough and it offers few promises, but most people choose it when they can. I find it interesting that free-market conservatives and capitalists tend to defend Sheltered Workshops, when they take a moment to think about it. You would think that they would champion the idea of self-reliance. But that fails to account for ableism. The key here is that these aren’t “regular” people … they are disabled, and intellectually disabled to boot … so the normal rules and values don’t apply. A "nanny state" is, apparently, fine for cripples, even if it anathema for everyone else.

Part of the problem is that the abilities of just about all disabled people tend to be underestimated. Also, Sheltered Workshops have always been a convenient landing place for disabled people, used by disability professionals and even families when they can’t imagine any better outcomes. Finally, there’s plain inertia. It’s just easier to keep doing the same thing than to try “new” models.

As I have noted before, better ways exist and are hardly “new”. It is truly encouraging that some real movement may just be ahead to end this “serfdom” decisively.
Posted by apulrang at 4:36 PM No comments: 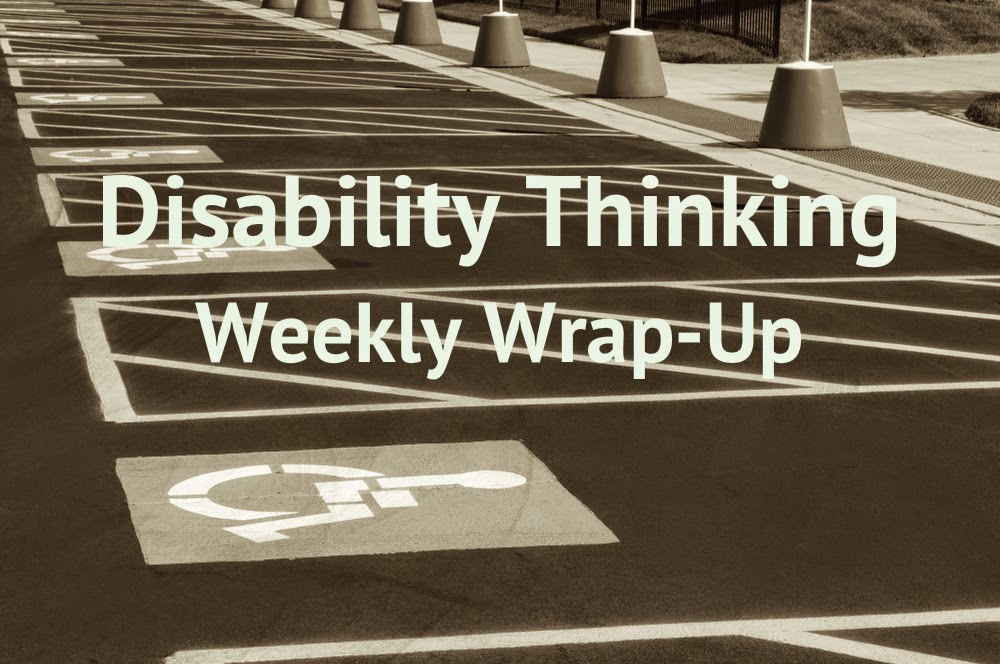