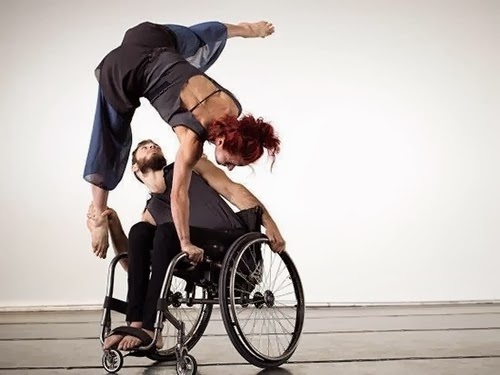 From the Disability Curious Tumblr blog.
Posted by apulrang at 7:17 PM No comments:

This is a call-in week for the UN Convention on the Rights of Persons with Disabilities, (CRPD), which will once again be discussed in a Senate Foreign Relations Committee hearing tomorrow, November 6. I pretty much said my piece about the CRPD last week, so this week I’ll just post a few more links about the fight for Senate ratification and the opposition to it:

"This treaty is consistent with our nation's interests and values. The Senate should ratify it this year."


"While right-wing groups circulate irresponsible rumors about imaginary impacts of the CRPD, international disability rights advocates are left without an important tool for their work – the United States’ approval of international standards based on US law. The Senate now has a second chance to listen to common-sense voices of support for the treaty – including leading disability rights, civil rights and business groups – and reject the unhinged rhetoric that brought down the treaty last year."

"The disability treaty issue is not just an important issue about disability rights. It is also a major test for the Senate to see if they can bridge their political differences and work together on a common cause. Disability rights has traditionally been an issue that legislators of all parties can get behind. We have to remind them that they cannot stop now."

Convention on the Rights of Persons with Disabilities - Action Center

If you really want to dig into the details and find out why ratifying this convention is both worthy and essential, watch this video: