Who Knew? I Really Want To Know

The article mentions the President being "pushed" in his wheelchair, but it looks to me like he's wheeling himself; in the video, I think I can see his arms and elbows swinging back and forth. 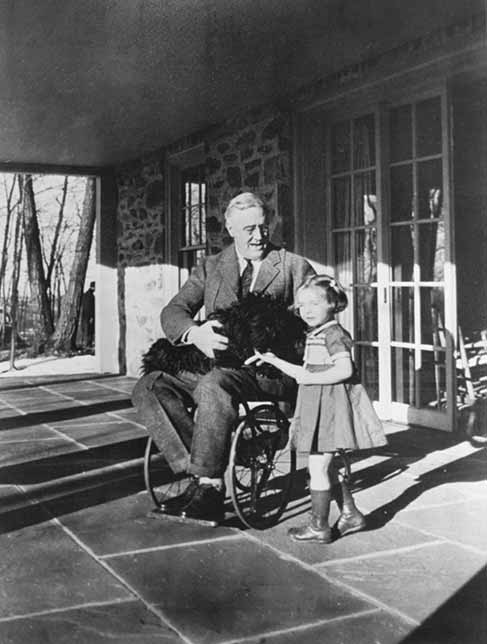 Everything you read about it says that the President kept his disability a secret, but that just doesn't sound possible. My parents grew up in the 1930s, and my Mother, at least, always told me that people knew FDR used a wheelchair. It wasn't a secret, it just wasn't discussed. I wonder if that's really how it was. I really need to read "FDR's Splendid Deception", which I believe is the definitive book on the subject.

If Roosevelt's disability was a taboo topic but widely known, that would suggest that people had much more complex ideas about disability than people today give them credit for. Roosevelt was already famous when he got polio as a younger man, so people knew he'd had it. People certainly knew a lot about polio in general … a lot more than people know these days. So, wouldn't they have assumed that Roosevelt had to have at least some residual impairments? Maybe they didn't know the details. Maybe they didn't know he was fully paralyzed. They had to know something, and I suspect there was kind of an unspoken deal between the people and their President … an agreement not to acknowledge or discuss the disability.

Anyway, that's why I need to read the book, because I really am curious about the nature and extent of FDR's so-called "deception."

"FDR's Splendid Deception: The Moving Story of Roosevelt's Massive Disability-And the Intense Efforts to Conceal It from the Public", by Hugh Gregory Gallagher, 3rd Edition, 1999