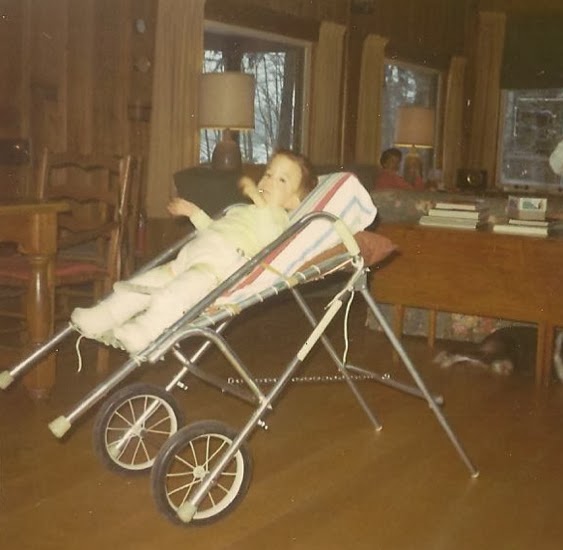 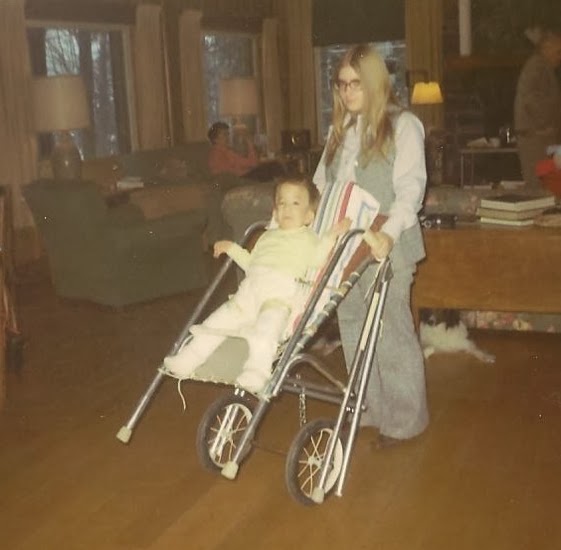 It's probably been decades since I last saw these pictures. I don't have any identifiable memories of this time, so my whole understanding of this period my life is based on pictures and what my family has told me. How do I feel, looking at these photos? Mostly I'm reminded of how much my parents did right with me, when faced with a lot of unanswered questions, and mostly without much in the way of professional or peer support. They did a hell of a lot, really well, with little else to go on but brains and instinct. Also, I wonder how many other kids, with similar conditions, spent chunks of their childhoods essentially bedridden, simply for lack of a contraption like this.
Posted by apulrang at 5:42 PM